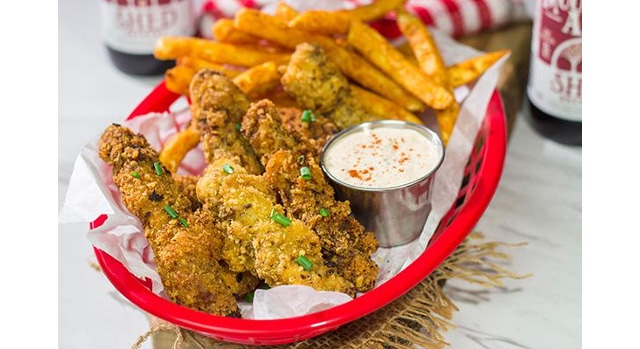 NEW YORK — On April 19th, NYBC partnered with Idaho Beef Council to promote the highly popular Finger Steaks. Although widely known and loved in Idaho, they are completely off the radar in the Northeast! 11 social influencers comprised of foodie bloggers and dietitian bloggers participated in a two-hour virtual event. The collaborate effort of NYBC and IBC brought these influencers on a guided tour of an Idaho Ranch, owned and operated by the Prescott Family.

Prior to the event, IBC sent participants of the event an Idaho Gift Basket chuck full of Idaho flavors and Idaho ranching history, along with insight and inspiration of Idaho Finger Steaks creating a connection and crave prior to the event. Bloggers were provided infographics with information about NY and ID along with information about Finger Steaks, the Prescotts and “Grandma Phyllis’ Idaho Finger Steak Recipe!” Bloggers were drooling before we said “Action!”

During the event, bloggers witnessed the vast lands, mountains and cattle via video and facilitation of photos from the Prescotts themselves. After the virtual tour, Christie Prescott and her children stole the show by demonstrating Grandma Phyllis’ Finger Steak Recipe. Bloggers were enthralled and smitten with Christie and her children!

After the event, the bloggers were tasked with creating their own Finger Steak recipe on or before June 21st. The recipe had to have either a unique Northeast or Global theme which could apply to the seasoning, breading, or dipping sauce!

One of the bloggers stated: What a unique opportunity to learn directly from a farmer how to make her family’s treasured finger steak recipe! I love how this preparation democratizes steak, taking an inexpensive cut and transforming it into a crave-worthy finger food. I’m a fan!

Media impressions from the event were over 34,000 with a reach of almost 31,000 with over 4,550 engagements, plus 11 new finger steak recipes that can be shared by all!

The Beef Checkoff Program was established as part of the 1985 Farm Bill. The Beef Checkoff assesses $1 per head on the sale of live domestic and imported cattle, in addition to a comparable assessment on imported beef and beef products. States retain up to 50 cents on the dollar and forward the other 50 cents per head to the Cattlemen’s Beef Promotion and Research Board (CBB), which administers the national Beef Checkoff program, subject to USDA approval. Consumer-focused and producer-directed, the CBB and its State Beef Council partners are the marketing organization for the largest segment of the food and fiber industry.

The Washington County Cheese Tour is back!

Make the most of your 2022 Cattle Industry Convention experience
September 14, 2021