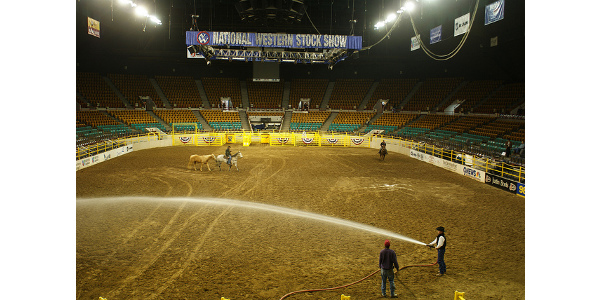 A view of the arena. (Bradley Gordon via Flickr)

The money invested supports the junior exhibitors that raised the animal as they plan for their agricultural future and college educations. In addition, a portion of the proceeds support the National Western Scholarship Trust. The Scholarship Trust funds scholarships in agriculture studies and rural medicine at colleges throughout Colorado and Wyoming. This year, 100 students received funds to aid their education. For more information regarding the Scholarship Trust please visit http://www.nationalwestern.com/educational-support/ .

The top six Junior Livestock animals were auctioned off live on 9News at 6:30pm.

Four of the top eight champion animal set new records and the results are listed below: