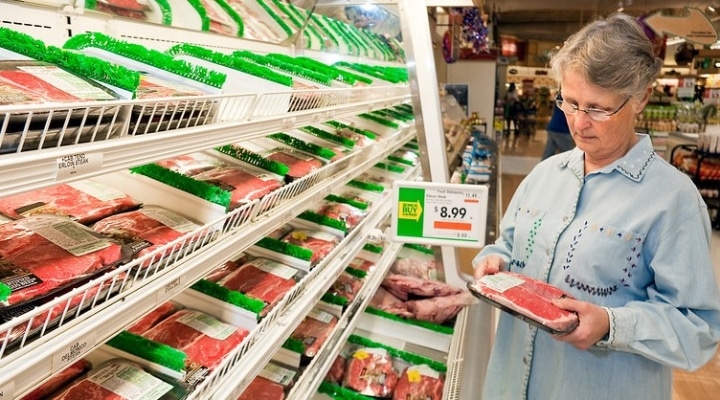 WASHINGTON — The U.S. Department of Agriculture’s (USDA) Food Safety Inspection Service (FSIS) recently issued long delayed guidance on meat and poultry labels that make claims about how the animals were raised, such as grass-fed beef or pasture raised poultry. FSIS updated and posted their original guidance (from 2002) in October 2016 for public comment, and just recently released a revised version of their “Labeling Guideline on Documentation Needed to Substantiate Animal Raising Claims for Label Submissions”. This new guidance document, published in the Federal Register on December 27, 2019, reflects the public comments submitted three years ago, including comments and recommendations made by the National Sustainable Agriculture Coalition (NSAC).

“We are pleased that FSIS has clarified label claim guidelines for the organic label, as well as claims for grass-fed beef and pasture-raised poultry,” said Kelly Nuckolls, NSAC Policy Specialist. “The revised guidance makes clear that the USDA organic label is sufficient documentation for making a variety of other label claims supported by the organic seal, including ‘raised without antibiotics,’ ‘no added hormones,’ ‘no animal-by-products,’ and ‘non-GMO.’ This is an important update for organic producers that will streamline their operations by reducing unnecessary duplicative paperwork, and one for which NSAC strongly advocated.”

Following years of advocacy by NSAC and other organizations in the grass-fed and sustainable livestock communities, FSIS also provided revised guidance that specifically prohibits feedlot beef from being labeled as grass-fed. While FSIS did not prohibit percentage grass-fed claims, as NSAC recommended, they did specify that percentage claims must more accurately reflect the feeding history of the animal. For example, percentage claims must now read: “made from cows that are fed 85% grass and 15% corn,” rather than simply saying “85% grass-fed”.

The new guidance also provides more clarity with respect to “no sub-therapeutic antibiotics” claims. Producers will now need to provide additional explanatory information, such as “animals do not receive antibiotics on a daily basis, only in the case of illness,” in order to use this claim.

“Since that Draft Guidance was issued in 2016, we have frequently heard concerns about the use of beta-agonists in animal products that bear similar claims,” said Nuckolls. “Although FSIS completely removed the term, ‘Raised without Growth Promotants (Stimulants)’ from the examples of allowable ‘No Hormones’ or ‘No Steroids’ claims, it is concerning that there is not clarity for how FSIS will keep similar claims from misleading consumers.”

“The fact of the matter is that FSIS is conducting their label claim reviews with limited resources, and third-party certifications may not always be economically feasible or practical,” said Nuckolls. “In instances when third-party certification cannot be obtained, there still needs to be some verification system for animal raising claims – not merely paper documentation and affidavits.”

NSAC has recommended to FSIS and Agricultural Marketing Service (AMS) auditors conduct on-farm verification visits when needed in order to strengthen the label claim approval process. In response to our proposal, however, USDA lawyers have told the agencies that they do not have the authority to do so. We encourage FSIS and Congress to pursue rapid solutions to secure the additional authority and funding necessary to address the urgent problem of false claims. False claims weaken the market that sustainable livestock producers have built, harming these best-practice actors’ businesses and misleading consumers.

FSIS also released an updated “Guideline on Statements that Bioengineered or Genetically-Modified Ingredients or Animal Feed Were Not Used in Meat, Poultry, or Egg Products,” which was initially posted for comment in 2016. Unfortunately, FSIS failed to address the lack of clarity surrounding the non-GMO claim process and label, which will result in the continued proliferation misleading non-GMO labels particularly on products derived from animals that were fed GMO feed – for the foreseeable future.

NSAC’s initial concerns and recommendations regarding the 2016 guidelines on animal raising claims can be found here, and our comments about the need for transparent standards that prevent products derived from animals fed GMO feed from carrying a non-GMO label can be found here. We continue to advocate for animal raising and non-GMO labeling that is clear and transparent to consumers, and support producers that actually follow sustainable, humane standards.