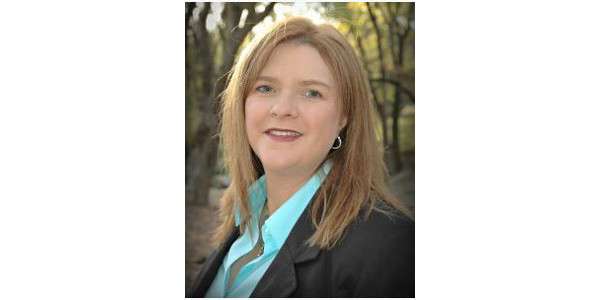 Stephanie Eckroat is executive director of the Kansas Dairy Association and Kansas Dairy Commission, which are working hard to promote the dairy industry in Kansas. (Courtesy of K-State Research and Extension)

MANHATTAN, Kan. — Got milk? If so, it is because some dairy farmer milked a cow, and a bunch of other people worked hard to get it to you. In the 1990s, dairy farmers in Kansas brought themselves together to promote the dairy industry more effectively than ever before.  Today we begin a series about the dairy industry in Kansas.

Stephanie Eckroat is executive director of the Kansas Dairy Association and Kansas Dairy Commission. She is a self-described Army brat, but her father retired in eastern Kansas after leaving the Army. Stephanie went to high school at the rural community of Colony, Kansas, population 408 people. Now, that’s rural.

Stephanie enjoyed her agricultural education classes and participated in FFA judging contests for various types of livestock, including dairy cattle. She was on the livestock judging team at Allen County Community College and at Fort Hays State University where she got a job working at the university dairy. Eventually she became the manager of the dairy. She and her husband and family now live near Hays.

The Kansas Dairy Association began in 1994, when dairy farmer Allen Schmidt and others around the state wanted to bring together an organization to provide a unified voice for Kansas dairy farmers. K-State dairy science professors Ed Call, Dick Dunham, and Jim Morrill were among the original advisors for the group. The organization’s first executive director was Chris Wilson, who would later serve as deputy secretary and general counsel for the Kansas Department of Agriculture. Kerri Ebert and Janet McPherson provided staff support. Chris was later succeeded as dairy association director by Mike Bodenhausen.

The Kansas Dairy Association pursued the establishment of a producer-funded check-off promotional program, as other commodities have operated under. In 1996, the Kansas Legislature passed legislation to implement the program. The Kansas Dairy Commission was established to oversee the use of such funds. Similar to other producer groups, the association and commission now operate under separate farmer-elected boards with unified management.

The association works on legislative policy and advocacy, while commission funds are used strictly for research, education and promotion. In April 2014, Stephanie Eckroat succeeded Mike Bodenhausen as executive director of the Kansas Dairy Association and Kansas Dairy Commission.

The Kansas Dairy Association maintains a legislative presence at the Capitol in Topeka.  KDA also operates the Dairy Bar at the Kansas State Fair, which annually attracts some 350,000 people. Ice cream sales there are a major revenue source for the association.

The Kansas Dairy Commission conducts activities in research, education and promotion, such as grants for dairy research at Kansas State

As mentioned, both the association and the commission operate under farmer-elected boards. “These organizations are grass-roots driven by farmers in the state,” Stephanie said. “These guys are awesome.”

As in other parts of agriculture, the dairy industry is seeing fewer and larger farms. The state’s overall milk production has boomed with the advent of large dairies in western Kansas, beginning in the 1990s.

Technology has also changed. “We have three robotic milking dairies in the state now,” Stephanie said.

More information can be found at www.ksdairy.com.

Got milk? Thank goodness for the dairy farmers, handlers, processors, and marketers who bring us fresh milk every day. We commend Stephanie Eckroat and all those involved with the Kansas Dairy Association and Kansas Dairy Commission who are making a difference by providing leadership in the dairy industry. They are helping make sure that we’ve got milk.

And there’s more. One of the members of the Kansas Dairy Commission board worked for a national dairy publication before returning to the family farm in Kansas. We’ll learn about him next week.