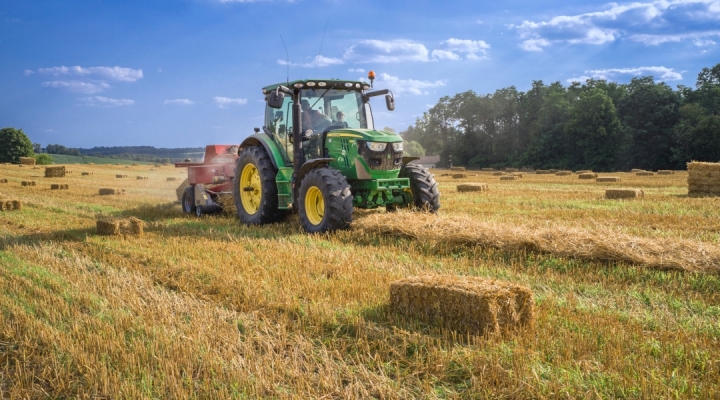 In northwest Oregon, the temperatures increased, and rain slowed down. The change in the weather pattern allowed grass hay and haylage harvest. (Randy Fath/Unsplash)

OLYMPIA, Wash. — USDA NASS released its Crop Progress and Condition report for the Northwest Region for the week ending June 26, 2022.

Weather Heated Up in Idaho
There were 6.8 days suitable for fieldwork, up from 5.5 days reported the previous week. Statewide, there was not as much rain as in previous weeks. The southern part of the State received consistent heat and crops made good gains. The northern region of Idaho was recovering from crop injuries caused by the hail in June’s storms. In Lewis County, split flag leaves, bent wheat heads, and disease introduced through damaged stems and leaves in peas were observed. South central Idaho experienced warmer weather. In Jerome County, lower elevation range conditions declined due to weedy forbs and grasses maturing and drying. In eastern Idaho, the weather was warmer. Southwest Idaho experienced warmer temperatures than most of the State.

Warm and Dry Weather Throughout Washington
There were 6.7 days suitable for fieldwork in Washington, up from 5.4 days the previous week. Statewide temperatures were above normal. In Skagit County, the warm weather allowed short-season corn to be planted. In Snohomish County, hay for silage was cut. There was enough heat present to get the cucurbits growing instead of shivering along with the rest of the warm season crops. In Yakima County, a light sweet cherry crop colored up while a light apricot crop sized up nicely. Asparagus harvest was near completion with most fields allowed to go to the fern stage. Field crews were in vegetable fields setting the last of the transplants through black plastic. Some hop vines still lagged in development. Second cutting of alfalfa fields was well underway. In Douglas County, conditions were warm and dry throughout the area. Wheat looked good and was in good shape with adequate ground moisture and warm temperatures. Most wheat
fields were headed out. Native grasses remained green in many areas. In Chelan County, cherries were delayed and faced some head winds from spring frost, but still looked to set a good crop. Apples were in good shape as well.