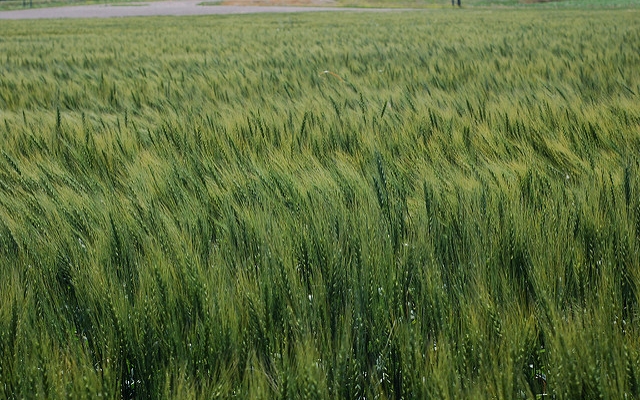 MANDAN, N.D. — Now that planting is finally finished for producers, attention is now focused on crop development and monitoring for disease and pest issues.  The majority of the spring wheat – 97% or higher – has now emerged.  Crop development remains 2-3 weeks (or more) behind average.  About 8% of the U.S. spring wheat crop has headed out, well behind the average of 34%.  In South Dakota 45% has headed out, but the surrounding spring wheat states report only 1-3% of their crop as being headed out, significantly behind the average values of 20-45%, depending on state.

After seeing warmer than normal temperatures the previous week, temperatures in North Dakota this past week were near normal.  Rainfall varied across the state, ranging from nothing to almost two inches.  Some high winds and hail last week did cause some crop damage, although it was likely minimal for spring wheat.  Despite the late planting season, the majority of the spring wheat crop appears to be in good condition.  The most recent USDA crop progress report indicates that 69% of the North Dakota crop is in good to excellent condition, a significant improvement over last year’s value of only 25%.  Only one percent is rated as being in poor condition.

The majority of the North Dakota durum crop has emerged and about 2% has headed out, behind the average of 16%.  With the improved moisture situation compared to a year ago, crop condition ratings are quite high.  86% of the North Dakota durum crop is rated in good to excellent condition.  In Montana, the crop finally received some timely precipitation and 74% is rated in good condition.