Home / North Dakota / North Dakota Wheat Commission- Weekly wheat update
A new user experience is coming! We'll be asking you to login to your Morning Ag Clips account March 1st to access these new features.
We can't wait to share them with you! Read more here. 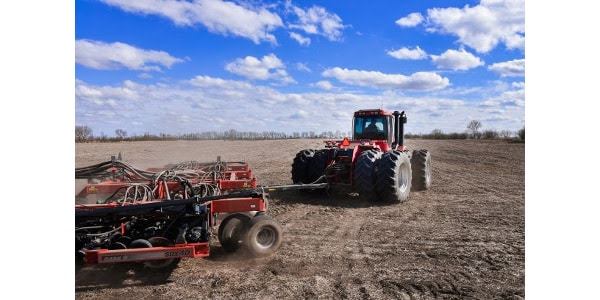 MANDAN, N.D. — Planting of the U.S. spring wheat crop is nearing completion with 85 percent of the intended acres in the ground, according to the most recent USDA Crop Progress report.  A week of warmer, more seasonable temperatures combined with dry conditions allowed for good planting conditions.  Planting in Minnesota and South Dakota is 97-99 percent complete, 84 percent complete in North Dakota and 71 percent complete in Montana.  Emergence, while still ahead of average, continues to be a bit slow compared to the fast planting pace.  Nearly half of the U.S. crop has emerged – in North Dakota, just over a third has emerged.  Lack of moisture in many areas is causing delayed emergence and many producers continue to report uneven stands in the field and areas that aren’t emerging at all.

Drought conditions persist in a large portion of the spring wheat region.  In North Dakota, soil moisture conditions have not seen any improvement with 80 percent of the soil moisture being rated as short to very short.  Isolated precipitation fell over the weekend with amounts ranging from a tenth of an inch to an inch or more in areas of primarily eastern North Dakota.  While the precipitation was more than welcome by producers that received it, more widespread precipitation across the state would be very beneficial for overall crop development prospects, especially after warmer than normal temperatures the first part of this week. The forecast for the upcoming week shows widespread chances of precipitation.

Conditions in the durum producing region are similar to spring wheat – dry soil and only isolated precipitation in small amounts.  The most recent USDA Crop Progress report indicates that about 57 percent of the durum in North Dakota has been planted, slightly ahead of average.  Emergence remains slow with about 17 percent emerged.  Producers report that emergence is uneven due to dry conditions.  Producers are following the forecast closely, hoping for rain towards the end of the week.