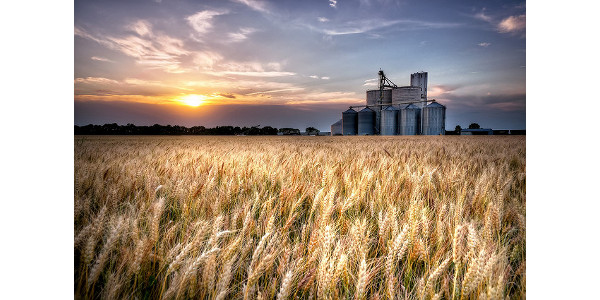 Red spring wheat harvest progress is most advanced in Minnesota at 92 percent complete, followed by South Dakota at 80 percent, Montana at 54 percent and North Dakota at 48 percent. (Lane Pearman/Unsplash)

MANDAN, N.D. — The U.S. hard red spring wheat harvest continued to make rapid progress through the middle of August, supported by hot, dry conditions.   Nearly 60 percent of the U.S. crop was harvested as of August 15, well ahead of the typical level for this date of 36 percent, and more than double last year’s pace of 28 percent.  Progress is most advanced in Minnesota at 92 percent complete, followed by South Dakota at 80 percent, Montana at 54 percent and North Dakota at 48 percent.

Good progress is being made in the early part of this week, which should put both Minnesota and South Dakota close to completion by next week.  Forecasted rain and thunderstorms for the end of this week into the weekend may slow harvest in parts of Montana and North Dakota, but very hot temps and dry conditions in the early part of the week, should still allow progress to remain well ahead of average.

Reports from harvested fields continue to show better than anticipated test weights and kernel size, along with above average protein, and kernel color or vitreousness.  Kernel quality has been good with little to no damage and high falling numbers.   Yields have been as expected in most areas, which is well below normal, but some areas in the eastern parts of the region are reporting slightly better than anticipated.  Many areas in the western and central parts of the region are seeing very low yields, with higher than normal levels of acres harvested for hay, rather than grain.

USDA updated their yield forecast for the hard red spring wheat crop on August 12, leaving it at 30.6 bushels per acre (2.1 MT/hectare), on a national average.  This is down nearly 40 percent from a year ago.  Paralleling the trend in crop condition ratings since July, USDA did raise the expected yields slightly in ND and Minnesota, but lowered them slightly in South Dakota, with the most significant month to month decline noted in Montana.

The Northern durum crop in North Dakota and Montana had an excellent week for harvest progress last week, with nearly one-third of the crop, in each state, harvested as of August 15.  This is up from just 5 to 10 percent the previous week, and slightly ahead of the 5-year average.  Hot, dry conditions continue to push crop maturity and make for favorable harvest conditions.  Early quality results are positive with good color and near average test weights.   With harvest just picking up steam and more of the crop nearing maturity, forecasted rains and thunderstorms for key parts of the growing region this weekend could impact quality in a portion of the crop, but considering the severity of the drought, producer concerns may not be as great as typical years.  It is still too early in the harvest to get a good perspective on average yields, other than there is extreme variability, even within small areas, depending on rains this growing season.  USDA’s updated August forecast of production, was lowered from July, to 35 (950,000 metric tons) million bushels, compare to 37 million bushels (1 million metric tons).  Expected yields in Montana are 18 bushel per acre (1.2 MT/hectare), down from 22 (1.48 MT/hectare) in July, and in North Dakota they remained the same at 22 bushels per acre.

Test your knowledge on trichomoniasis