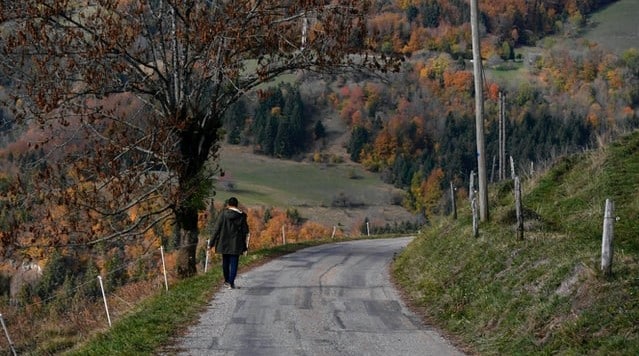 The land used to be part of one of the largest farms in Burrillvile at more than 1,000 acres. It includes rolling hills, wetlands and a forest edge. (Stock photo via Hédi Benyounes on Unsplash)

BURRILLVILLE, R.I. (AP) — A land conservation group in Rhode Island has launched a campaign to raise $2.2 million to save historic farmland from developers.

The Burrillville Land Trust’s campaign announced in the past week is meant to save the 150-acre Sweet Hill property in the town.

The land used to be part of one of the largest farms in Burrillvile at more than 1,000 acres. It includes rolling hills, wetlands and a forest edge.

“Over the nearly 37 years that I have been in Burrillville, the property has been slated for one type of development or another,” trust President Paul Roselli said in a statement. “But now, with the coronavirus, we know that a healthy society needs a healthy environment. Without clean air and water, the virus becomes a greater threat. We need all the open space and forests we can get. We can’t let this place be bulldozed.”

Doris Alberg, secretary for the land trust, said if the property were developed into house lots, it would take 100 years to replace the loss of trees and biodiversity.

The Burrillville Land Trust is a nonprofit, all-volunteer organization that in 20 years has preserved more than 223 acres of land in town.