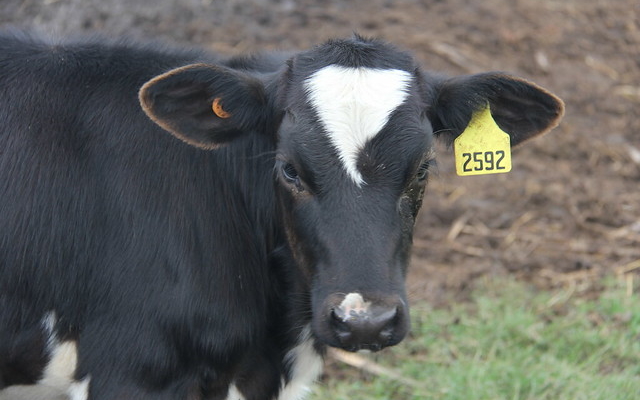 HARRISBURG, Pa. — The Center for Dairy Excellence is seeking nominations of dairy producers and veterinarians who are passionate about the future of the dairy industry to fill two open positions on the Center for Dairy Excellence’s Board of Directors. The Center is specifically requesting nominations for a dairy producer from southeast Pennsylvania to fill an open board position that will be vacated by a Board member who has reached the two-consecutive term maximum set by the organization’s bylaws.

“In addition to nominations for a dairy producer from southeast Pennsylvania, the Board has voted to add a Board position designated for a veterinarian who has experience consulting with dairy clients,” said Mark Mosemann, Chairman of the Board of Directors. “Their insight and experience will help guide the Center for Dairy Excellence as it works to strengthen and support Pennsylvania dairy farms.”

The Center for Dairy Excellence is a non-profit organization that fosters collaboration across the industry and provides resources to the state’s more than 6,200 dairy farm families. Candidates for the Board can be self-nominated or be nominated by a peer within the industry.

The 16 Board of Director members must agree to:

“When the Center’s Board of Directors was developed, the goal was to have representatives from all aspects of the dairy industry—including seats for dairy farmers, veterinarians, allied industry professionals, processor representatives, and others,” Mosemann said. “We realize that veterinarians and southeast Pennsylvania dairy producers have valuable perspectives that can make a positive impact on the direction of the industry.”

The Center’s Board of Directors also includes a representative from the Penn State College of Ag Sciences Extension Dairy team, a delegate from the Pennsylvania General Assembly and the current Pennsylvania Secretary of Agriculture. Nominees will be reviewed by the Board’s nominating committee, with the final candidates elected by the Board of Directors during the annual board meeting, scheduled for December 11, 2019.

To nominate a dairy producer from the Southeast region or a veterinarian, please send the individual’s name, contact information, and a one-paragraph statement about his or her background to Jayne Sebright, executive director, via email at jsebright@centerfordairyexcellence.org or fax to 717-705-2342. Individuals may nominate themselves. Nominations may also be submitted by mail to Center for Dairy Excellence, Attn: Jayne Sebright, 2301 North Cameron Street, Harrisburg, PA 17110.

All nominations should be received by the Center for Dairy Excellence no later than October 1, 2019.

Land-use webinar to focus on zoning during the COVID-19 pandemic era
August 9, 2020

Lactose Intolerant? Still ways to get your dairy Calci-YUMM!
July 26, 2020