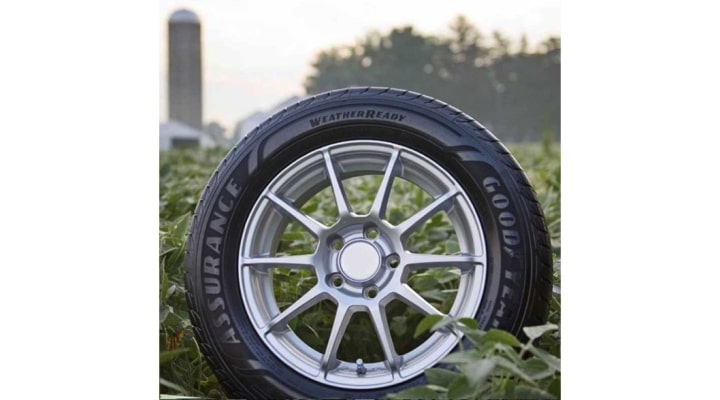 Since 2011, more than four million checkoff dollars have been invested in replacing petroleum with soybean oil in Goodyear tire treads, and the tiremaker now has four lines of tires that feature renewable, sustainable soybean oil. Pictured is a Goodyear WeatherReady Assurance tire in a soybean field. (Kentucky Soybean Board)

PRINCETON, Ky. — Since 2011, more than four million checkoff dollars have been invested in replacing petroleum with soybean oil in Goodyear tire treads, and the tiremaker now has four lines of tires that feature renewable, sustainable soybean oil. Goodyear has pledged to fully replace petroleum-driven oils by 2040, and the soy checkoff has partnered with the tiremaker to ensure that soybean oil is the oil of choice.

Aside from the market opportunities that the focus on renewable, sustainable raw materials afford the soybean industry, there are performance benefits to consumers who choose the soy-based Assurance WeatherReady, Assurance ComfortDrive, Eagle Exhilarate or first responders who choose the pursuit-rated Eagle Enforcer All Weather tire. Extensive testing shows that soybean oil could improve tire flexibility at low temperatures, helping the rubber to remain pliable in cold weather and enhancing traction in rain and snow simultaneously.

Goodyear Assurance WeatherReady tires have been rated by Consumer Reports for 75,000 miles, which is impressive for an all-weather tire. The farmer-leaders of the Kentucky Soybean Board want to raise awareness of this practical use of our versatile crop. For the past few years, we have included a Goodyear display in our exhibit at both the Kentucky State Fair and the National Farm Machinery Show, and consumers and farmers alike are often surprised to learn that soybean oil is being used in the production of tires. These tires are available at GoodYear retailers across the country. 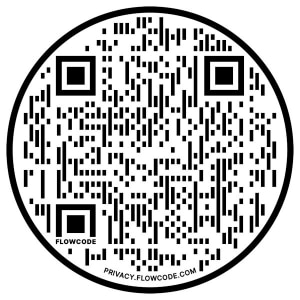 “We are excited to award these tires to those who are out in our communities doing good,” said Marketing Committee Chairman Jeremy Stull. “Showing return on investment is important to me as a banker, and it’s important that the farmers who invest in the checkoff see the long-term benefits of their checkoff investment.” Stull added that helping worthy causes across the state while bringing attention to a soy-based product that is relatable to consumers and farmers alike is an added bonus to the campaign.