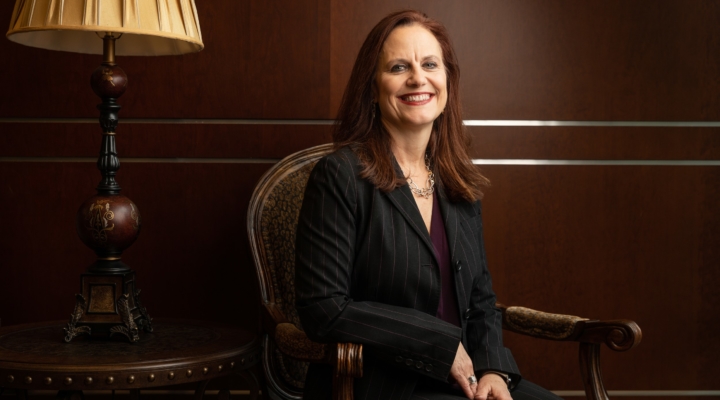 Donica has served as the human resources manager for the past 14 years, providing leadership and oversight for the administration of human resources functions. As director, Donica will be responsible for overseeing all of Noble’s human resources activities for the Institute.

Donica earned a bachelor’s of science in personnel management Oklahoma State University (OSU). After graduating from OSU, she worked at Noble Energy for 16 years. Donica has earned her professional in human resources certification and is trained in facilitation, DiSC and other human-resource-related activities.

Donica is a member of the Arbuckle Area Society of Human Resources Management. She previously served on the C/SARA (Crisis Support and Resource Association) Foundation Board of Directors for 10 years and was a founding member of the Dickson Foundation for Excellence in Education. Donica was a Carter County 4-H leader for 20 years.

Donica is an active member of the First United Methodist Church, where she teaches Sunday School and serves on the Staff Parish Pastor Relations Committee. She recently finished a two-year term on the Annual Conference Council for the Oklahoma United Methodist Conference.

Donica lives with her husband, Kent, in Ardmore, Oklahoma, where they have had ranching operations for more than 30 years. They have one son and three daughters.