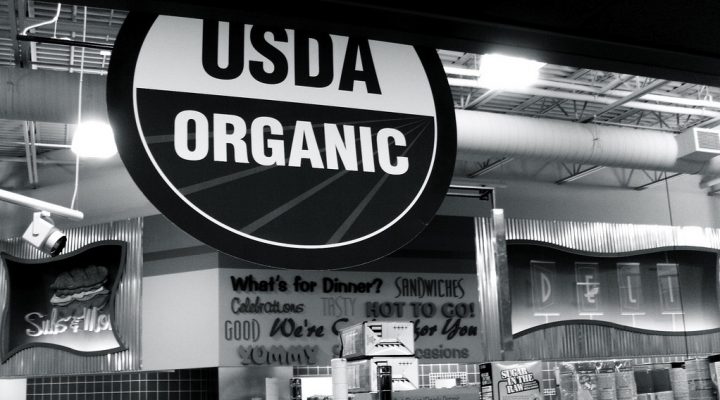 The No Organic Checkoff Coalition was organized specifically to SUPPORT the FAIR Act that exempts organic farmers from conventional checkoff programs and to OPPOSE the creation of a new federal organic checkoff program. Together this coalition represents 31 organizations and more than 6,000 organic farmers from the Western, Midwestern, and Eastern United States. (Tim Psych, Flickr/Creative Commons)

WASHINGTON — The No Organic Checkoff Coalition has submitted to the USDA Agricultural Marketing Service a list of 1,888 signatories to a petition urging the agency to reject a proposal to create a new “research and promotion” program, also called a checkoff program.  The coalition also will submit a letter opposing the checkoff signed by more than 60 organic organizations asking for the USDA to end the checkoff proposal.

Two coalition partners submitted petitions with a total of 19,592 signatures to stop the checkoff.  Over 950 individuals have written unique individualized letters to the USDA documenting why they oppose the checkoff.

“The fact is that organic farmers do not want a mandatory federal organic checkoff program to solve the industry’s growing pains,” said Ed Maltby, executive director of the Northeast Organic Dairy Producers Alliance.  “Since the beginning of the modern organic movement, organic farmers have been creative and innovative in creating solutions for the organic market. Organic farmers together can come up with the solutions to address the needs of the growing organic market—solutions that don’t hurt the very farmers that built the movement like this proposed checkoff program would, and would support the growth of organic farmers and farming in the U.S.”

The coalition opposes the proposal to create a new federal organic checkoff program because:

“The No Organic Checkoff Coalition hopes that the USDA listens to the organic community and does not move this flawed proposal to the referendum phase,” said Brandon Hill, Secretary for theOrganic Crop Improvement Association (OCIA) International Board of Directors.  “Clearly, there is not industry-wide support for an organic checkoff.  The organic community should come together to develop solutions that unite rather than divide its growing industry.”