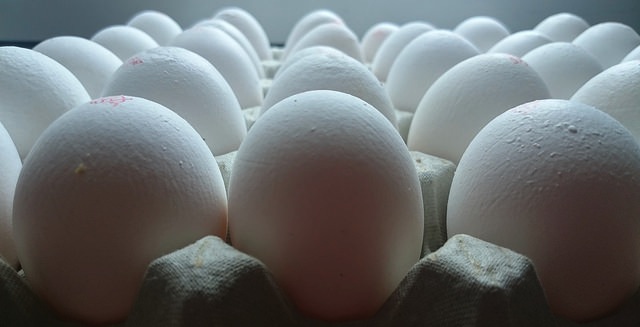 The Humane Society formally complained to the Maine Department of Agriculture, Conservation and Forestry before releasing the footage. (James Royal-Lawson, Flickr/Creative Commons)

TURNER, Maine (AP) — A state report says there is no reason to pursue animal cruelty charges stemming from an investigation of the largest egg-producing farm in New England.

The Humane Society of the United States in June released undercover video of alleged cruelty at Hillandale Farms in Turner, Maine. The footage showed hens sharing cages with dead birds, mouse problems and piles of manure.

The animal welfare group also formally complained to the Maine Department of Agriculture, Conservation and Forestry before releasing the footage.

The Sun Journal (http://bit.ly/2jEYLZn ) published the department’s report on its website on Wednesday. Some of it’s redacted. The report states that investigators did not find proof that best management practices were violated.