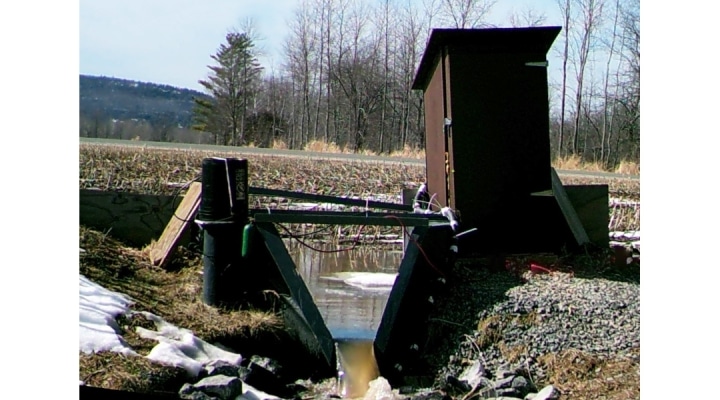 CANTON, N.Y. — The Northern New York Agricultural Development Program (NNYADP) has posted the results of 18 high priority research projects aimed at advancing agricultural environmental conservation and the local foods, dairy, crops, maple, and livestock sectors. The projects were conducted in 2021 with $300,000 in funding from the New York State Legislature, which established the program to develop the potential of the northern New York region to be a farm-based economic powerhouse. The funding is administered through the New York State Department of Agriculture and Markets. Reports from the projects are posted at www.nnyagdev.org.

The New York State Department of Environmental Conservation provided land to start the NNYADP’s unprecedented agricultural tile drainage research. The research is currently being conducted in side-by-side trials on a working farm and producing data that is sought-out by regional, Northeastern, and national conservation and agricultural groups. This groundbreaking water quality work is supported by additional NNYADP research that is enhancing data-based precision agricultural nutrient management.

An NNYADP regional food hub feasibility study has prompted the startup of hubs serving broad audiences from sites in Essex, North Bangor, and Lyons Falls. Horticultural research is evaluating opportunities to extend fruit, berry and vegetable sales into the early spring and later fall seasons as well as year-round.

NNYADP climate adaptability and animal health projects are providing insights on the ways that dairy farmers can make cows and calves more comfortable during periods of extreme heat and extreme cold.

Among the first-ever research conducted in North America are the NNYADP’s recent field trials of European-bred forage crops; these crops feed the dairy, equine, and livestock industries.

Research commissioned by the NNYADP has helped northern New York’s maple industry grow from $3.25 million in 2007, according to a Cornell University survey, to now more than $12 million annually with room yet to increase.

Current and past NNYADP research reports are publicly accessible at https://www.nnyagdev.org.