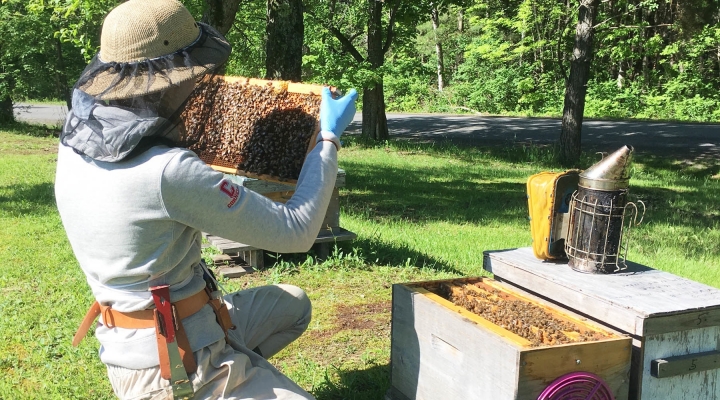 ALBANY — How healthy are the bees in Northern New York? The results of a first-ever survey to identify the presence of key parasites and pathogens in regional bee colonies are now posted at www.nnyagdev.org.

The farmer-driven Northern New York Agricultural Development Program provided a small grant for the survey of Northern New York bee colonies to contribute to regional knowledge and educate regional beekeepers on practices to better maintain the health of their bees and their businesses.

The data on the levels of 8 viruses in the NNY bee colonies contributes to a statewide database on the factors influencing pollinator health and identifying current management practices by beekeepers.

Thirty-one beekeepers with colonies in Northern NY provided data to the survey that notes:

The research continues in 2017 to determine the main predictors for colony loss.

‘Considerable evidence points to parasites and pathogens as a leading factor of bee colony loss and statewide beekeepers continued to experience unsustainable colony losses, averaging one-third of their operation in 2016, though less so in Northern New York,’ Mullen said.

Among the practices Cornell University and Cornell Cooperative Extension educators are encouraging beekeepers to pursue to support bee and colony health are detailed recordkeeping of colony observations and management, heightened monitoring for Varroa mites, and an Integrated Pest Management approach for disease and pest control.’