Home / California / NMPF: We won’t stay in a world without cows
A new user experience is coming! We'll be asking you to login to your Morning Ag Clips account March 1st to access these new features.
We can't wait to share them with you! Read more here. 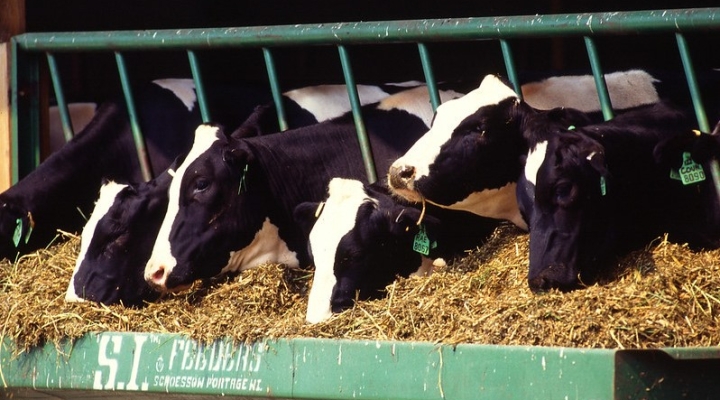 “A World Without Cows: Imagine Waking Up One Day to a New Reality” is a piece written by Dr. Mitch Kanter and Donald Moore from Global Dairy Platform, an international industry organization that aims to demonstrate dairy’s contributions to global food systems, healthy diets and sustainable livelihoods and lead collaborations that enhance them. (U.S. Department of Agriculture, Flickr/Creative Commons)

ARLINGTON, Va. — Animal agriculture gets unfairly blamed for a lot of things, and from a lot of directions, from Big Oil interests that want to misdirect the climate debate, to vegan activists who use every argument they can concoct to convince others of their dogma. That’s bad for nutrition, bad for the planet, and bad for alleviating poverty and hunger.

But if the dairy-haters are so insistent, why not give ‘em what they want? Or, at the very least, why not take a deeper look at what the world would actually look like if their demands were met.

“A World Without Cows: Imagine Waking Up One Day to a New Reality” is a piece written by Dr. Mitch Kanter and Donald Moore from Global Dairy Platform, an international industry organization that aims to demonstrate dairy’s contributions to global food systems, healthy diets and sustainable livelihoods and lead collaborations that enhance them. The paper is a thought exercise on what would happen were there no longer cows grazing pasture in New Zealand and New Mexico, roaming freely in India, or supporting communities from Kenya to California. If all the dairy cows disappeared tomorrow, what kind of world would we live in?

The answer: One that would see significant losses for people and the planet.

Nutrition would be poorer, and the poorest would be worst off. Worldwide, dairy provides five percent of dietary energy, as well as 13 essential nutrients in an efficient and cost-effective package. Looking beyond the First World problem of lost ice cream (tragic though that may be), dairy is a literal lifesaver in parts of the world where high-quality nutrition is scarce and often unaffordable. Developing countries with safe, affordable dairy have less stunting and malnutrition among their populations than developing nations that rely more on plant- and grain-based diets.

Nutrition quality matters. Dairy has it in abundance. That’s crucial for people for whom an abundance of anything is rare.

Earth’s ecology would suffer. Cows are well-suited to the land they graze. About 70 percent of it is permanent pastureland – land that, even under the best of circumstances, isn’t suitable for growing crops. Cows take land ill-suited to provide plant-based nutrition and turns it into a source of high-quality animal nutrition. Without the cows, the additional cropland needed to (imperfectly) replace dairy would need to come from somewhere else.

Anyone have some extra rainforest lying around that could be cut down to grow those crops?

Greenhouse gas benefits would be limited. There’s no denying that greenhouse gas emissions from cows contribute to climate change. But denying the need for their existence because of climate change is a distortion. Dairy is responsible for up to 3 percent of greenhouse emissions. That’s a real contribution, one the U.S. dairy sector and other large dairy companies globally are actively tackling through its Net Zero Initiative to become GHG-neutral by 2050. But it pales next to the global contributions of the energy (25 percent) industrial (21 percent) and transportation (14 percent) sectors. The type of emissions is important to note as well. Cows produce primarily methane, which has relatively short-lived climate impacts compared to the carbon emitted by fossil fuels, which can linger in the atmosphere for decades or longer.

Eliminating cows would lower emissions. But the dairy sector is already working to lower its own emissions – and even drastic measures would solve only a small piece of the climate puzzle relative to other sectors.

Developing-world farmers would face poverty. Roughly 600 million people live on approximately 133 million dairy farms worldwide. Eliminating cows eliminates their jobs. Pastoralists aren’t simply going to migrate to cities – and if they do, they will only add to stresses in those places. The 37 million women who lead dairy farms worldwide would have even fewer options – cows in many regions are insurance policies against hardship, and without them, for million of people, those hardship will surely come.

“It is worth reminding ourselves that it is folly to think that selecting chickpeas flown to the grocer from halfway around the world versus a locally sourced cheese is a more sustainable choice,” the authors write. Indeed. The world is a complicated place, and solutions to its problems are also complex. Simplistic choices in diet, in food systems, or in attitudes toward entire agricultural sectors, won’t yield positive outcomes.

Dairy doesn’t claim to have all the solutions. But it’s part of many solutions – in nutrition, in economics, and yes, even on climate. Imagining a world without cows, just for a moment, makes it clearer to see what needs to be thought about next – the best ways to sustainably incorporate dairy’s very real benefits into a better future for everyone.