Home » NMPF: The world unites against "plant butter." Will we? 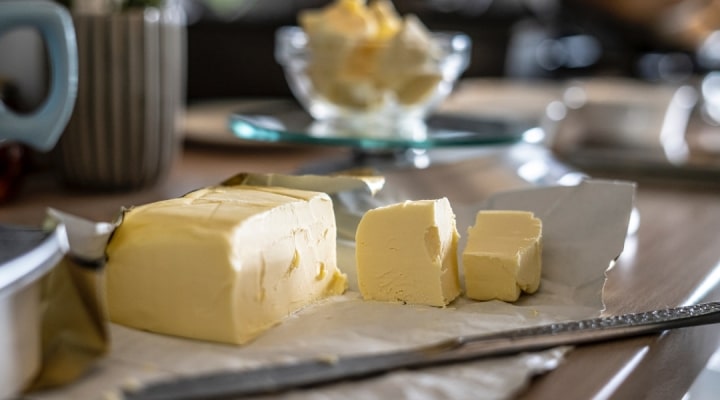 Global support for the proper use of dairy terms remains strong, and that strength only raises our hope that worldwide consistency can soon be achieved. (Photo by Sorin Gheorghita on Unsplash)

ARLINGTON, Va. — In Case You Missed It, the Codex Committee on Fats and Oils of the Codex Alimentarius, which, among other things, sets international food standards, in October decided not to take up a proposal by IMACE, the European Margarine Association, to allow its members to call their members’ products “plant butter” under the international standard for fat spreads and blended spreads.

U.S. dairy farmers hold no natural gripe against the European Margarine Association – in fact, we had never even heard of them until last month. Europeans, like consumers worldwide, have every right to purchase inferior products in fair and open market competition. However, touting “plant butter” as a legitimate name is a rude introduction to our continental purveyors of congealed vegetable oil, to say the least. It smacks of the shenanigans of Country Crock on this side of the Atlantic. And it speaks volumes about the increasing brazenness of plant-based imposters that they would even bring forth this request, which is so obviously driven by marketing concerns over the public good.

As due process dictates, the European Margarine Association got its hearing. And fortunately, most of the world is much more honest and consistent in labeling than what’s currently practiced in the United States. A wide-ranging coalition of nations spoke against it before CODEX, including the EU itself, France, Norway, Germany, Ireland, New Zealand, India, Iran, Argentina, Colombia, Uganda, Malaysia, and the United States. For a brief moment, longtime friends, and even longtime adversaries, fought the fakes. The world came together to defend dairy terms, gain showing the power that global dairy has to nourish and promote health – in this case, the health of international relations.

And so, “plant butter” as a global standard has been resoundingly defeated – for now. But it still leaves some unanswered questions. Why now, European Margarine Association? Why did the idea even come up? Perhaps even more interesting is how the global consensus reflects on current U.S. practice. The argument used by many nations to deny the request was that it would contravene the Codex General Standard for Use of Dairy Terms (GSUDT) (CXS 206-1999) as well as mislead the consumer.

But if that argument is understood and accepted around the world, why has it been so hard to get across here in the U.S.? With the FDA next year promising guidance on dairy labeling, and with an NMPF request to the FDA ombudsman for the agency to enforce its own rules still pending review, will the U.S. be willing to stake out the same pro-consumer position right here at home that it (rightfully) takes abroad?

We shall see. But we never fail to hope that the U.S. will eventually stand behind its own dairy standards of identity. Global support for the proper use of dairy terms remains strong, and that strength only raises our hope that worldwide consistency can soon be achieved. And heck, if the United States can agree with Iran on something … maybe this truly is the first step toward a better tomorrow.

So thank you for clarifying where the world stands, European Margarine Association. May this request never be made again – and may its rejection be an example our own government will follow.