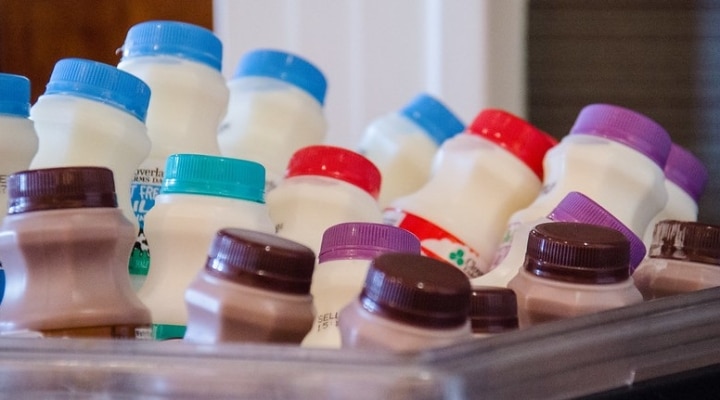 FDA’s lack of enforcement of dairy standards of identity has led to consumer misunderstanding of the nutrients – or lack thereof – in imitation dairy products. (m01229, Flickr/Creative Commons)

The DAIRY PRIDE Act directs FDA to follow its own rules and establish an agency approach for enforcement of existing dairy standards of identity.

“NMPF thanks Representatives Welch and Simpson and Senators Baldwin and Risch for reintroducing the bipartisan DAIRY PRIDE Act in both the House and Senate, yet one more example of their ongoing leadership working to ensure FDA does its job,” said Jim Mulhern, NMPF president and CEO. “FDA is responsible for the integrity and safety of our nation’s food, medicine, and medical devices, and it’s crucial that it enforce its own standards and requirements. Without enforcement, we are left open to the potential for questionable products, deceptive practices, and, in cases such as mislabeled plant-based products that masquerade as having nutritional benefits similar to dairy’s, negative effects to our health.”

Standards of identity legally define what constitutes a specific food or food product, requiring the food product to carry certain qualities. When enforced, these legal standards protect consumers by helping to ensure the integrity of their food. Standards also create a common understanding of what a food product is, helping consumers make informed choices.

FDA’s lack of enforcement of dairy standards of identity has led to consumer misunderstanding of the nutrients – or lack thereof – in imitation dairy products. An IPSOS survey conducted in 2018, for example, found that 73% of consumers surveyed believe that almond-based beverages have as much or more protein per serving than milk. In reality, milk has up to eight times as much protein. A follow-up survey found that roughly 50 percent of consumers mistakenly believe that the main ingredient in a plant-based beverage is the plant itself. Such drinks are actually mostly flavored water.

Medical groups including the American Academy of Pediatrics are voicing concerns over the harm this confusion is having on public health as misinformed consumers unintentionally choose less nutritious products for themselves and their families.

Congress has also shown a growing concern for FDA’s failure to enforce. In early 2020, the House held a hearing on the agency’s lack of enforcement. Then late last year Congress included in the report accompanying the FDA funding bill for FY 2021 a statement of concern and directive to FDA regarding enforcing dairy standards of identity.

“The reintroduction of the DAIRY PRIDE Act helps NMPF and consumers continue to move forward toward solving this critical public health and fairness issue,” Mulhern said.

More on NMPF’s efforts on this issue, including survey data and statements from medical professionals, can be found here.

Statement on the Farm to School Act of 2021

Small family farmers produce a third of the world’s food