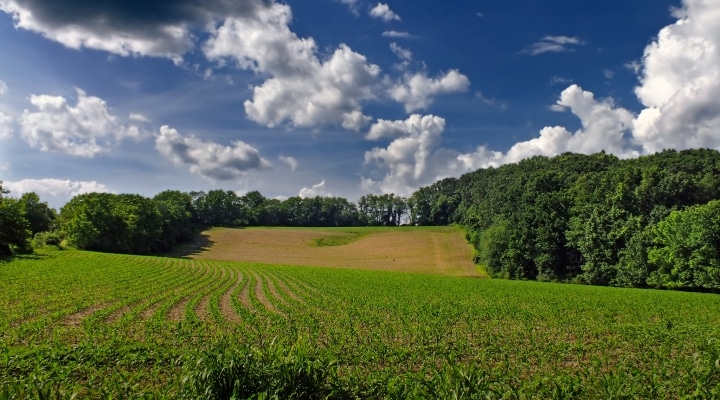 The application of manure after the growth and demise of legume cover crops in rotations is a recipe to increase nitrous oxide releases during ensuing corn growth, according to a team of Penn State researchers who conducted a new study. They suggest that innovative management strategies are needed to reduce these emissions. (photo by Nicholas_T, creative commons/flickr.com)

UNIVERSITY PARK, Pa. — The application of manure after the growth and demise of legume cover crops in rotations is a recipe to increase nitrous oxide releases during ensuing corn growth, according to a team of Penn State researchers who conducted a new study. They suggest that innovative management strategies are needed to reduce these emissions.

The greenhouse gas — nitrous oxide — is important because it is about 300 times better at trapping heat than is carbon dioxide, so even small emissions of nitrous oxide affect the climate, explained team leader Armen Kemanian, professor of production systems and modeling in the College of Agricultural Sciences.

With organic agriculture growing in significance, nitrous oxide emissions are undergoing added scrutiny because soil fertility in organic agriculture relies on microbial cycling of nutrient inputs from legume cover crops and animal manure. However, large quantities of carbon and nitrogen in these amendments may promote the production and emission of nitrous oxide from soils, Kemanian pointed out.

“A better understanding of the nitrous oxide emission controls may lead to new management strategies to reduce these emissions,” he said. “Agriculture is the science of interventions.”

Nitrous oxide emissions related to cover crops are an unexpected complication from an ecologically smart, best-management practice, but one that the researchers expect can be managed. The wide adoption of cover cropping has been a conservation boon for agriculture in the Chesapeake Bay Watershed and much of the Northeast. Cover crops grown in rotations with corn and soybeans curtail nutrient runoff and soil erosion.

As with any agricultural practice, there are trade-offs with cover cropping, noted Debasish Saha, assistant professor of sustainable soil management, University of Tennessee. Formerly a postdoctoral scholar in Penn State’s Department of Plant Science, he spearheaded the research.

“Cover crops bring a lot of benefits, but not everything that comes with a cover crop is a benefit — they need to be managed,” Saha said. “For example, we know that certain cover crops will boost nitrogen retention. You plant a grassy cover crop, it takes up nitrogen that is not lost to water, but the type of residue left by these grasses makes for lazy release of nitrogen for the following crop. That trade-off is well-known.”

Low oxygen in the soil, a condition called hypoxia, favors the metabolism of denitrifying bacteria and the release of nitrous oxide. “The process is invisible to us, but swift and brusque for the microbes,” Kemanian said. “We knew that cover crops needed to be managed, but we weren’t aware that they needed to be managed for nitrous oxide emissions. We just found a big leak.”

In findings recently published in Ecological Applications, the researchers reported that the nitrogen input from legume cover crops and manure prior to corn planting made the corn phase of rotations the main source of nitrous oxide emissions, with emissions averaging about 10 pounds per acre of nitrogen escaping as nitrous oxide.

“That is a very large rate, any way you look at it,” Kemanian said. “That represents 80% of the three-year rotations’ total emissions. Nitrous oxide emissions rose sharply when both legume and manure inputs increased simultaneously.”

The researchers proposed several strategies to reduce those emissions. One is to remove a fraction of the legume aboveground biomass before corn planting. In the study, preventing the “co-location” of fresh biomass and manure decreased nitrous oxide emissions by 60% during the corn phase.

Funding for this research was provided by the U.S. Department of Agriculture’s National Institute of Food and Agriculture.

Penn State’s Ag Progress Days is back with a wide range of activities, exhibits