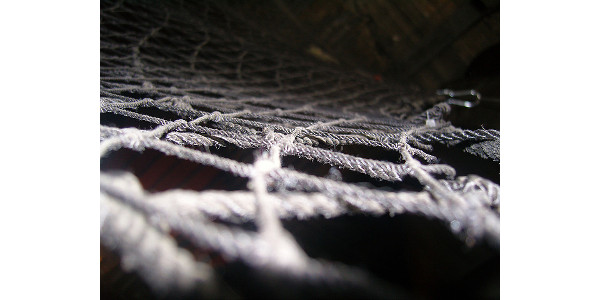 As American family farmers and ranchers navigate the most severe economic downturn since the 1980s farm crisis, the National Farmers Union (NFU) Board of Directors is urging the U.S. Congress to allocate more money to the farm safety net to make it work for family agriculture. (Chad via Flickr)

WEIDMAN, Mich. — As American family farmers and ranchers navigate the most severe economic downturn since the 1980s farm crisis, the National Farmers Union (NFU) Board of Directors is urging the U.S. Congress to allocate more money to the farm safety net to make it work for family agriculture.

Family farmers and ranchers provide an essential service in growing high quality food, fiber, feed and fuel for the country; and agriculture serves as the backbone of America’s rural economy, the board noted in a resolution passed Monday.

Michigan Farmers Union President and NFU Board Member Bob Thompson fully supported and voted for the resolution because agriculture continues to be put on the chopping block.

“The productivity of America’s family farmers and ranchers provides our country with national security, renewable wealth, and vibrant rural communities,” noted the NFU Board. “The farm bill is to provide the nation with a safe, affordable food system for its citizens. We should increase the dollars in the agricultural budget to make effective farm legislation.”

The Board noted that the dialogue around the consideration of the 2018 Farm Bill has once again shifted to budget savings, rather than what is needed to make farm programs effective. Agriculture has already contributed $130 billion to budget savings through the 2014 Farm Bill.

“The circumstances in farm country threaten the next generation of agriculture,” the NFU Board noted. “Young and beginning farmers who have lower levels of equity are quickly faltering under these economic conditions.”

The board pointed to several indicators of rural economic health that suggest urgent action is needed. Median net farm income is forecast to decline for the fourth consecutive year and expected to be negative, representing a 50 percent decline in four years. Grain commodity prices have dropped by half and are below the cost of production. The 2017 debt-to asset ratio is the worst the agriculture industry has seen in three decades. And farm lending has dropped by 40 percent from just one year ago.

“Unfortunately, American family farmers and ranchers are in the midst of a farm crisis and there is no end in sight,” said the NFU Board. “These are the very circumstances that farm programs were created to address. The farm safety net is failing to address these very dire farm economics.”

The Board pointed to the dairy industry, where dairy farmers are suffering greatly and lack a sufficient safety net. Milk prices dropped by one third from 2014 to 2016, and they remain significantly below the cost of production. Cash receipts have dropped 31 percent in the same time period.

“However, enactment of a meaningful dairy safety net must include farmer-led supply management to balance production with consumer demand.”

“National Farmers Union urges Congress to act quickly to allocate additional resources to the safety net for all of America’s family farms and ranches,” the resolution concluded.