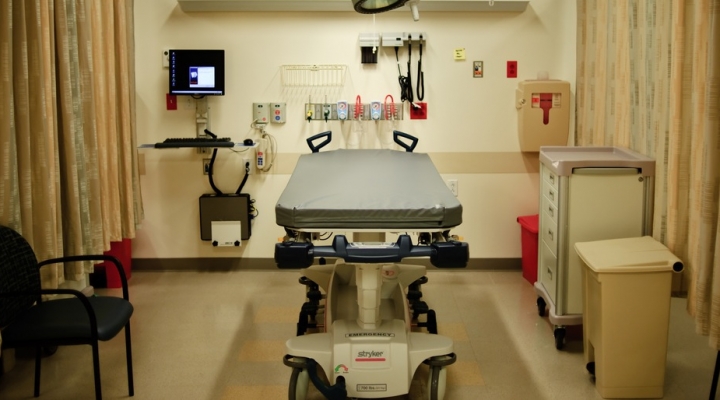 As passed by the House, the AHCA would worsen access to healthcare for many Americans and would disproportionately disadvantage family farmers and ranchers and rural communities, states the NFU. (lee, Flickr/Creative Commons)

NFU, which has long advocated for the right to affordable and quality health care, has been a vocal opponent of the AHCA since its introduction earlier this year in the U.S. House of Representatives. Negotiations have occurred entirely behind closed doors, without any public hearings. Johnson expressed dismay about the lack of transparency that has marked the entire process. “The Senate Republicans are now drafting their version in secret with no outside input. Farmers and ranchers have a lot of serious concerns when it comes to health care, and they deserve to have their voices heard.”

In both verbal and written testimony, Johnson emphasized his concerns with the legislation, which, according to last month’s Congressional Budget Office (CBO) score, would cost 23 million people their health coverage. “We cannot support any legislation that would reduce the number of Americans with health coverage,” said Johnson.

As passed by the House, the AHCA would worsen access to healthcare for many Americans and would disproportionately disadvantage family farmers and ranchers and rural communities. For instance, its proposed cap on Medicaid would have devastating impacts on rural Americans who enroll in Medicaid at higher rates and whose hospitals rely more on the program than their urban counterparts. Seventy-nine rural hospitals have closed since 2010, the vast majority of which were located in states that opted out of Medicaid expansion. “With another 673 hospitals at risk of closure,” Johnson added, “we need to increase – not decrease – support for rural hospitals.”

Furthermore, the bill allows states to opt out of the law’s essential health benefits clause and community rating provision. “Given the average age of farmers and the dangers of a career in agriculture, it’s likely that a significant percentage of farmers would be forced into high-risk pools,” Johnson added. “This would leave many farmers to contend with increased premiums, higher deductibles and longer waiting periods for coverage.”

The bill would also dramatically ease restrictions on what companies can charge older farmers, potentially increasing premiums for seniors by thousands of dollars. At the same time, the AHCA’s system of tax credits would allocate subsidies on a person’s age, adversely affecting younger farmers who may not receive additional income or health benefits from off-farm jobs. “It is critical that our health care policy protects those individuals currently working in the agricultural sector, especially those with pre-existing conditions,” said Johnson. “Of equal importance is ensuring that health care costs do not serve as a barrier for young and beginning farmers.”

“The needs of farmers, ranchers and rural Americans must be seriously considered as these conversations occur,” Johnson concluded. “While there is certainly opportunity for improvement in current policy, the American Health Care Act will only hurt family farmers and rural communities across the country. NFU requests that you oppose this legislation.”