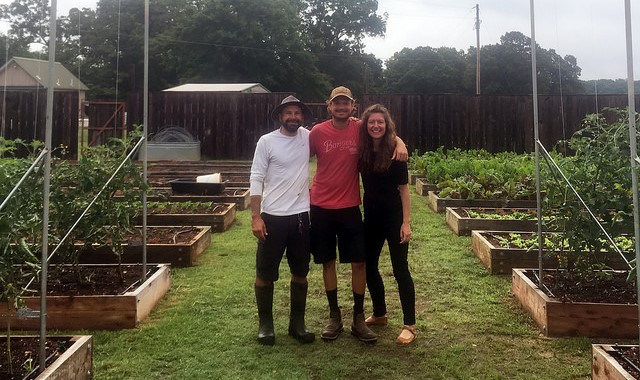 Throughout the week, campers between the ages of 17 and 20 years participated in programs that emphasize leadership, teamwork and cooperative education while also enjoying traditional camp activities. (National Farmers Union)

“Farmers Union is rooted in cooperative principles, and our organization has a long history of providing young adults with tools and opportunities to lead,” said NFU President Roger Johnson, a former NFU All-States camper. “For 82 years now, All-States Camp has been the place where our young members can come to learn more about the organization, the cooperative model, and leadership. I’m encouraged by the enthusiasm and high regard that our young members have for attending the camp each year,” said NFU President Roger Johnson.

Throughout the week, campers between the ages of 17 and 20 years participated in programs that emphasize leadership, teamwork and cooperative education while also enjoying traditional camp activities. In addition, campers gained hands-on experience on an urban farm in Denver, Colorado while volunteering at Sprout City Farms.

This year’s camp, themed “Looking Forward to the Future,” featured a number of notable speakers and presenters. Some of the speakers have been esteemed All-States guests for many years; Olympic Gold Medalist Rulon Gardner, a camp regular, spoke about overcoming the odds to become an unlikely wrestling hero. Former camper and National Youth Advisory Council member, now Senior Director of Communications at Farm Credit, Brittany Jablonsky shared with campers how embracing her roots as a North Dakota farm girl has helped her succeed in agricultural career off the farm. Rocky Mountain Farmers Union staff member Aubriel Jones discussed leadership in agriculture with the group, sharing with them the tools to create collegiate Farmers Union chapters. And NFU intern Kiana Brockel, with the help of RMFU’s Director of External Affairs Nick Levendofsky, walked the campers through NFU’s grassroots policy process and a mock policy debate.

The campers also elected six of their peers to NFU’s National Youth Advisory Council (NYAC), which represents thousands of Farmers Union youth across the country. NYAC will further hone their leadership skills at a learning session in Washington, D.C., through presentations at NFU’s 117th Anniversary Convention, as well as by planning next year’s All-States Camp.

“NYAC builds leaders in the agriculture industry and ensures the voice of younger generations is heard and respected in what the organization does,” said Johnson. “Over the course of the next year, these six youths will serve as representatives of their peers, learn about the legislative process and lobbying, and present in front of hundreds of NFU members and press at the NFU convention. I’m confident they will be strong advocates for both the organization and young people in agriculture.”

For pictures from this year’s All-States Leadership Camp, visit https://www.flickr.com/photos/nfudc/.

Analyzing the pattern of goat domestication