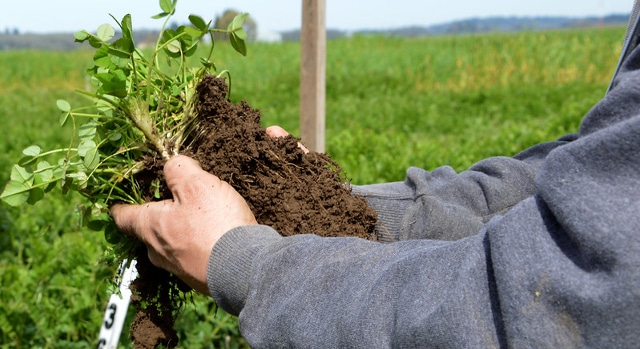 "It will be no small task to curtail this existential threat – but by leveraging the full potential of every sector, including agriculture, we have the ability to protect our planet," stated NFU President Rob Larew. (Stock photo via NRCS Oregon, Flickr/Creative Commons)

WASHINGTON — The U.S. Senate today overwhelmingly passed the Growing Climate Solutions Act, which aims to help farmers and ranchers participate in carbon markets. To achieve that end, the bipartisan legislation would establish a certification program for third-party technical service providers as well as create an advisory committee focused on ensuring that such a program meets the needs of farmers, forest landowners, and carbon market participants. A companion bill was introduced in the House in April, but has yet to be taken to a vote.

A proponent of aggressive climate action, National Farmers Union (NFU) endorsed the bill when it was first introduced last year. Upon its passage, NFU President Rob Larew expressed his encouragement and urged the House to take up the bill:

“The urgent threat of climate change – and the need for immediate, action to mitigate and adapt – is irrefutable. Last year, our country saw both its most active hurricane season and its most active wildfire season, and the years ahead are expected to be even more catastrophic.

“It will be no small task to curtail this existential threat – but by leveraging the full potential of every sector, including agriculture, we have the ability to protect our planet. The Growing Climate Solutions Act is a small but important piece of that puzzle. This legislation will facilitate farmers’ participation in carbon markets, granting them greater access to the financial incentives they need to invest in climate-smart agricultural practices. We commend the Senate for working across the aisle to pass this bill and encourage the House to follow suit.”