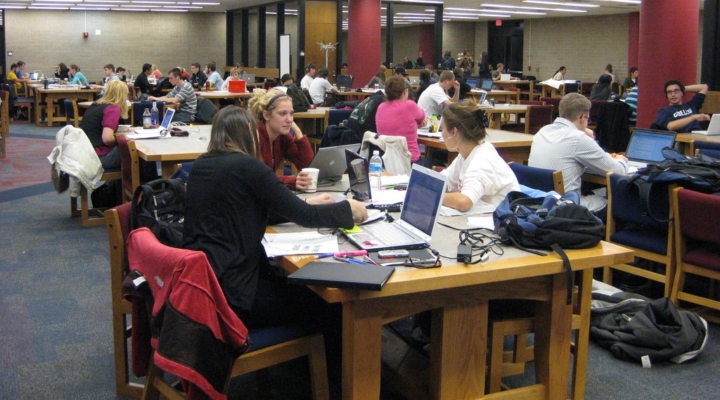 Applications for the 2019 scholarship awards will be available through NFUF in December 2018. More information about the scholarships is available on the NFU website at NFU.org/education/scholarships. (Stock photo via college.library, Flickr/Creative Commons)

Jessica Jurcek of Jefferson, Wisconsin, received the Hubert K. & JoAnn Seymour Scholarship, a $2,000 scholarship award given in honor of the dedication and commitment to Farmers Union and family farming by Hubert and his wife JoAnn.

Hubert K. Seymour was a leader in the Farmers Union organization throughout his life at both the state and national levels. He served the Illinois Farmers Union as secretary-treasurer for eight years and vice president for 12 years before he stepped down in 1990. He farmed full-time with his wife until his passing in 1994.

In addition, three Farmers Union members were each awarded the $1,500 Stanley Moore Scholarship, in memory of the award’s namesake, a long-time Farmers Union member and visionary leader, including his roles as National Farmers Union (NFU) Vice President and chairman of the NFU Insurance Companies board. The recipients of the Stanley Moore Scholarship are Marissa Holinka of Watertown, South Dakota; Mya Vetter of Linton, North Dakota; and Megan Olson of Maddock, North Dakota.

“Education is considered the foundation of Farmers Union’s success in all aspects of the organization, and an emphasis on educating and supporting the next generation of agricultural leaders continues to be a priority for us,” said NFU President Roger Johnson. “I congratulate each of our four scholarship recipients for their dedication to their education and thank them for their commitment to the Farmers Union organization.”

Both scholarship funds are available annually to young Farmers Union members pursuing a degree in any field at a two- or four-year accredited college or university. The Stanley Moore Scholarship is also available for students attending technical school.

Applications for the 2019 scholarship awards will be available through NFUF in December 2018. More information about the scholarships is available on the NFU website at NFU.org/education/scholarships.

25K pounds of ground beef may be tainted

A world on fire

Farmer survey: How are you doing at this stage of the pandemic?
October 28, 2020