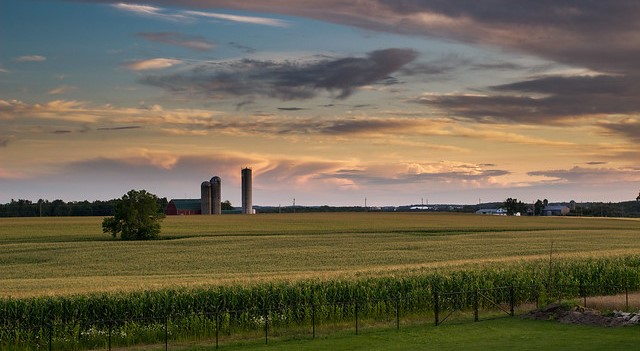 The NFU Board of Directors urges the resolution of ongoing trade disputes, the enforcement of the Renewable Fuel Standard (RFS), and the strengthening of USMCA before final passage. (Ben Langwieder, Flickr/Creative Commons)

WASHINGTON — In a pair of unanimously approved resolutions, the National Farmers Union (NFU) Board of Directors called on the administration and Congress to address mounting financial difficulties that have been exacerbated by recent policy decisions. Specifically, they urged the resolution of ongoing trade disputes, the enforcement of the Renewable Fuel Standard, (RFS), and the strengthening of the U.S.-Mexico-Canada Agreement (USMCA) before final passage.

By most metrics, the farm economy is in a slump, and it has been for six years now. The farmer’s share of the consumer food dollar is at an all-time low. Prices for many commodities are below the cost of production. Farm debt is at its highest level in almost 40 years. And median farm income has been negative since 2014.

Recent actions by this administration have added to family farmers’ and ranchers’ troubles. An international trade war has eroded international markets, while the undermining of biofuels programs has harmed domestic markets. Both have added to the oversupply of many American farm products and depressed prices even further.

In order to relieve these unnecessary market pressures, the Board compelled the administration to end its “erratic and destructive actions,” work to rebuild international and domestic markets, restore America’s reputation as a reliable trading partner, and reverse policies that have undermined the Renewable Fuels Standard. “Until these actions are corrected and the markets rebound,” the resolution reads, “we urge the administration to work with Congress to fundamentally reform and significantly strengthen the existing farm safety net.”

“USMCA must meet these standards—currently it falls short,” the resolution states. Because negotiations are still in progress, NFU’s Board is withholding conclusive judgement until the final agreement is released.