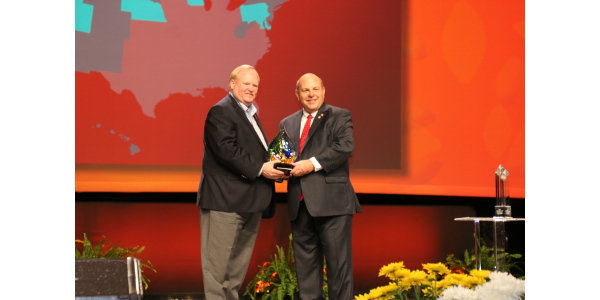 The New Horizon Award focuses on the state Farm Bureau with the most innovative new programs. (Courtesy of Nebraska Farm Bureau)

“We are very honored to receive these recognitions,” Steve Nelson NFBF president said Jan. 9. “The New Horizon Award was especially nice because Nebraska Farm Bureau places high priority on training the next generation of agriculture leaders as part of our strategic plan. In coordination with NFBF student membership, The Crew is provided as an added benefit of being a student member and an opportunity to gain hands on agriculture communication experience. We are proud of this program and the growth it has shown,” Nelson said.