Home / National / Next generation of farmers prepares to take over
A new user experience is coming! We'll be asking you to login to your Morning Ag Clips account March 1st to access these new features.
We can't wait to share them with you! Read more here. 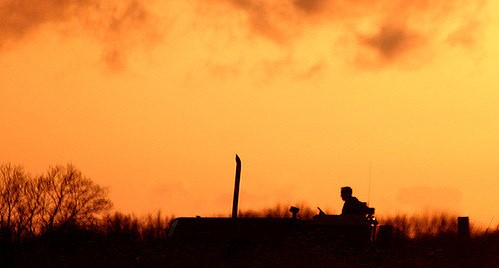 While both young men have helped on the family farm for years, taking over the operations one day will be another matter. Their fathers stress there will be difficulties. (re_birf, Flickr/Creative Commons)

TEUTOPOLIS, Ill. (AP) — Over the last 30 years, family farm ownership hasn’t decreased. In fact, according to a report by the USDA last year, such farms accounted for 99 percent of all U.S. farms and 89 percent of production in 2015.

But this has come at the expense of the small family farm, the report added.

In spite of that trend, 20-year-olds John Kreke of Teutopolis and Theodore Kessler of Strasburg plan to enter the field once they complete their degrees.

Kreke’s family began farming in 1942 and today farm just over 800 acres of corn and soybeans in Teutopolis and near Dieterich and Jewett. They also raise cattle and steer.

Theodore’s great-great-grandparents began farming near Altamont and his great-uncle Herman Alwardt began farming in Strasburg in 1944. Theodore is named for his great-grandfather, who also began farming in Strasburg in 1940. Jason, Theodore’s dad, bought Alwardt’s farm in 2001 and then bought his grandfather’s farm a few years ago. Combined with some cash-renting in Cumberland County, the Kesslers farm around 600 acres of corn and soybeans after getting out of livestock in 2001.

And both Kreke and Kessler say being raised on a family farm instilled their passion for farming at an early age.

“I’ve always helped basically since I was heavy enough to push a clutch pedal down on a tractor,” said Theodore, a future fifth-generation farmer.

“It was pretty much my childhood job,” added John, who is slated to become a third-generation farmer. “It was something I grew fond of and it’s something I enjoy doing.”

Kreke and Kessler are finishing up two-year degrees at Lake Land College in agricultural production. Kreke says this fall he plans to pursue a degree in crop science from Southern Illinois University in Carbondale.

“I don’t know what I’ll do out of college,” said Kreke. “I may try to get a job and then farm. But eventually I’ll come back to the family farm.”

Kessler says he will take four additional classes to also earn an agriculture business degree and has yet to decide if he will go onto complete a four-year program. His younger brother, Christian, currently a senior at Stewardson-Strasburg High School, is also interested in farming.

“This way I’ll have both,” Kessler said of his two associate’s degrees. “My ultimate goal is to farm full time, but I know I’m going to have to do something else to support it.”

While both young men have helped on the family farm for years, taking over the operations one day will be another matter. Their fathers stress there will be difficulties.

“It’s not an easy living,” said Ted Kreke, who will be 61 later this year. “It’s a lot of hours. But you’re your own boss for the most part. It’s getting tougher to make ends meet all the time but there are good years and bad years.”

“It’s not easy,” added Jason Kessler, who turned 49 this week. “It’s a tough road. It’s a very competitive marketplace, if you will, from the aspect of trying to acquire land whether it be through purchase or rental arrangements to have ground to farm.”

But the two farming fathers say the occupation can be just as rewarding as it can be challenging.

“It’s just a good way of life,” added Ted. “It’s a good way to raise your kids.If you didn’t enjoy it, you wouldn’t be doing it.”

John and Theodore have their own ideas when it comes to farming. The latest conservation practices are important to Kessler, while Kreke says he hopes to keep up with technology to continue improving farm operations.

And the prospect of their sons taking over the farm one day fills the two fathers with pride.

“It’s a good feeling that somebody wants to take it over,” said Ted.

“It’s pretty rewarding,” added Jason. “I’m very glad to see my son interested in agriculture and wanting to pursue an occupation in farming.”

And although farming does hold risk and is labor intensive, these future farmers aren’t shying away from a career in the field.

“My favorite time is harvest,” said Theodore. “I like the fast pace. There’s not necessarily as much push to get it harvested as there is to get it planted, but when you start harvesting, usually I”m the one that hauls the grain either to the bin or to the elevator and I don’t want the combine to stop if it doesn’t have to, so I have to keep up.”

“When your family has been doing it so long, you don’t just want to give it up when they’ve been working all their lives,” added John. “I also don’t want to sit in an office all day. Farming keeps you on your toes.”