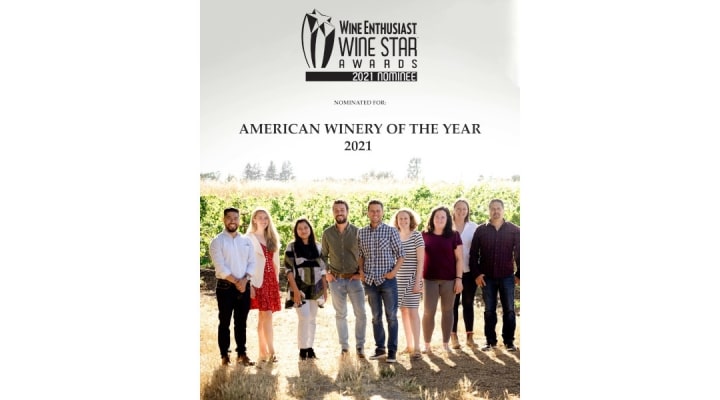 ST. HELENA, Calif. — Newton Vineyard is proud to be one of five nominees for “American Winery of the Year” in Wine Enthusiast’s 22nd Annual Wine Star Awards. “To be nominated by Wine Enthusiast as ‘American Winery of the Year’ in the company of such illustrious, respected fellow nominees is such an amazing honor,” says Head of Winemaking Andrew Holve.

This recognition is especially meaningful to Newton on its journey to recovery from the extensive damage suffered in the 2020 Glass Fire, including the loss of all but four acres of the estate vineyard on Spring Mountain. “The past few weeks, just to be making wine again and being immersed in harvest has given the team a big boost, but this nomination has put us on cloud nine,” says Holve. “It is a definite testament to all of our hard-working team, their steadfastness and resilience in the face of adversity.”

The first replanted vines have gone into the ground up on Spring Mountain and while a new tasting room is being built, Newton Vineyard currently welcomes guests for luxurious, by-appointment tasting experiences at the Brasswood Village in St. Helena. “We are grateful for the support of our community and for this recognition by Wine Enthusiast,” says Holve, “and we are looking forward to a bright future for Newton.”

About Newton Vineyard:Newton Vineyard was founded in 1977 by English businessman Peter Newton, an eclectic innovator with a pioneering spirit and a deep respect for nature. Peter’s ambitious quest was to create mountain wines that embrace contrasts, delivering a classic freshness and precision while inviting the supple ripeness that Napa’s climate offers. Peter left the valley floor to plant new vineyards on Spring Mountain’s steep hillsides, whose volcanic, well-draining soils would deliver a distinctive Cabernet Sauvignon expression. He also explored Carneros, where the influence of the sea would shape a multidimensional Chardonnay. To unlock the terroir’s full potential, Peter turned to a time-honored Burgundian technique: Unfiltered winemaking. Committed to sustainable practices from the beginning, Newton now has CCOF organic certification for three of its estate vineyards. Part of the LVMH portfolio since 2001, Newton continues to champion mountain vineyards and their unfiltered, truthful terroir expression.