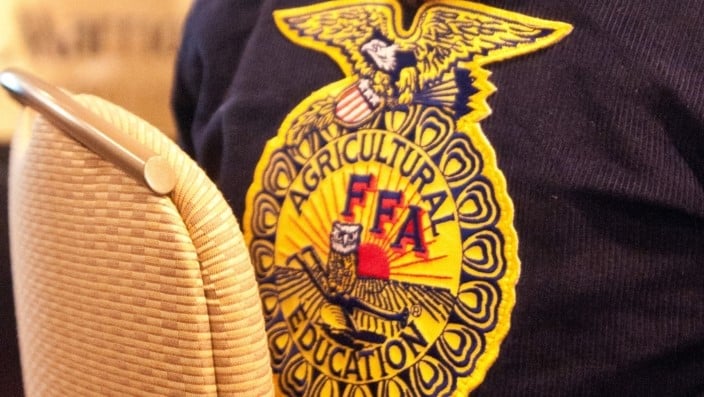 Harper, a junior agriscience and environmental systems major at UGA, was elected from a field of 38 candidates to serve as one of six National FFA Officers for 2020-21. He will take a one-year leave of absence from his studies at UGA to serve as an ambassador for the National FFA organization.

The national officers were announced Oct. 29. Harper and his family participated in the proceedings with Georgia FFA delegates in a scaled-down, socially distanced event at the Georgia FFA/FCCLA Center in Covington.

“It was just a surreal moment. I’m incredibly overwhelmed with so much love and support right now,” Harper said. “I’m a firm believer that agriculture education and FFA bring out the best in people, and I saw that last night with my friends and family there to congratulate me. It was a once-in-a-lifetime opportunity that I’ll never forget.”

Harper went through seven rounds of interviews in a virtual process. He is the fourth Georgian to be elected to serve as National FFA President. Harper is the son of Lance and Debbie Harper of Covington. His agricultural education teachers and FFA advisors are Dr. Marcus Pollard, Cecily Gunter and Andrew Pollard.

As with the national convention, the FFA national officer team will operate under a unique set of circumstances arising from the coronavirus pandemic, with reduced travel and the likelihood of many more online interactions to come. Foster said the organization’s mission remains the same.

“Why we do what we do hasn’t changed. What we do and how we do it may have changed, but there are still 760,113 students [nationwide] out there in agriculture education and FFA who have earned the right to be served,” Harper said. “I think I speak for all my teammates and myself when we say we’re here to serve these students and we’re here to do it in whatever way we get to do that.”

The virtual format could even prove beneficial, he said, opening up time that otherwise might have been set aside for travel.

“The coolest opportunity in this virtual format is that we get to reach more students than we would have normally,” Harper said.