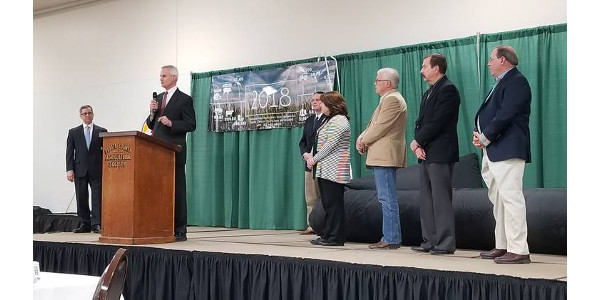 “With more than $652 million dollars in yearly agriculture receipts, agriculture is a driving force for the local communities of Platte County,” said Lt. Governor Foley. “By requesting and receiving the official Livestock Friendly County designation, Platte County has made a strong commitment to supporting rural economic development.”

“There are more than 900 farms located in Platte County, making it an ideal Livestock Friendly County,” said NDA Director Steve Wellman. “The LFC designation shows that the citizens of Platte County can actively support growth and development in the livestock industry and gain the benefits that come with responsible livestock production.”

The LFC program was created by the Nebraska Legislature in 2003 to recognize counties that support the livestock industry and new livestock developments. A county wishing to apply for the LFC designation must hold a public hearing, and the county board must pass a resolution to apply for the designation. Additional information about the LFC program can be found on the NDA’s website at www.nda.nebraska.gov or by calling 800-422-6692.