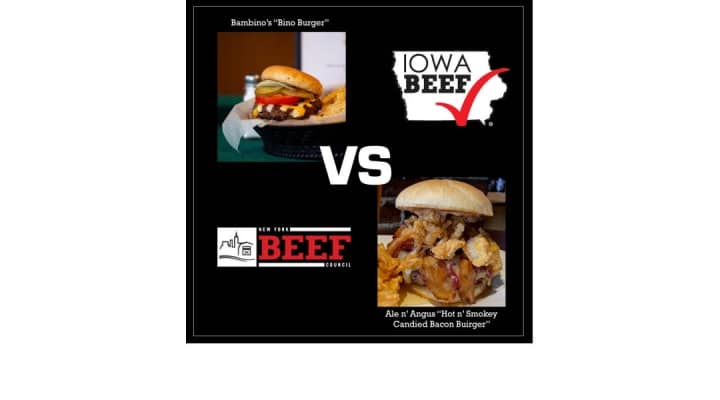 On the Northeastern side of the country, Ale ‘n’ Angus Pub was named the Best New York Burger on May 10. The 2021 Iowa’s Best Burger was recently awarded to Bambino’s in Ossian on May 3. (Courtesy Photo)

ROME, N.Y. — And you thought this year’s Best Burger Contest was over! The New York Beef Council (NYBC) and Iowa Beef Industry Council (IBIC) are putting their state’s best burgers to the test in a battle for bragging rights of the ultimate best burger. Starting on May 24, consumers have a chance to cast their vote for either New York’s Hot & Smokey Candied Bacon Burger or Iowa’s Bino Burger.

On the Northeastern side of the country, Ale ‘n’ Angus Pub was named the Best New York Burger on May 10. This downtown Syracuse eatery earned the honor with their Hot & Smokey Candied Bacon Burger featuring an 8-ounce Angus beef patty with jack cheese, candied bacon, house-made onion spread, chipotle mayonnaise, and a drizzle of honey. Selection of New York’s final four were obtained through public nominations and online voting, with a team of judges choosing the overall winner following a cookoff.

The 2021 Iowa’s Best Burger was recently awarded to Bambino’s in Ossian on May 3. At first glance, Bambino’s appears to be a hole-in-the-wall, but consumers having visited the quaint Ossian establishment would concur–there is more than meets the eye. The Bino Burger has been referenced as “the burger-lovers burger”, featuring a juicy, all-beef burger patty topped with lettuce, tomato, pickle, and onion. Customers can customize their burger from that foundation with bacon, eggs, onion rings, hash browns, and more.

Selection of Iowa’s Best Burger was obtained through a phase of public voting. For a month, burger lovers went online and voted for their favorite Iowa burger joint. At the end of the month, the ten restaurants with the most votes were declared the “Top 10”. From there, three anonymous judges visited each of the restaurants, scoring the burger patties based on taste, doneness, and presentation.

Compared to Iowa, New York represents a dense population center that is further removed from how cattle are raised. In an effort to help bridge the gap between beef production in the Midwest and Northeastern consumers, the Best New York Burger Contest is made possible with funding from IBIC. Iowa’s Best Burger Contest is sponsored by IBIC through the Iowa State Beef Checkoff and the Iowa Cattlemen’s Association.

Restaurants are an important and valuable partner of the beef industry. As a way to show support for local restaurants in both states, while highlighting beef’s great taste, we need your help determining the winner of this cross-state Burger Battle.

Starting May 24, we encourage New Yorkers to cast their vote for Ale n’ Angus Pub using the online nomination form on our website or the New York Beef Council Facebook page. The nomination period will close at 11:59 p.m. on May 30, 2021.

COVID-19 restrictions are changing and now is the time to go out and support your local restaurants. Many restaurants in the state have dine-in and carry-out options to meet your needs. After a challenging year for many restaurants around the country, we encourage consumers to rally their support behind restaurant owners and New York beef farmers by choosing to order a real-beef burger on May 28 to celebrate National Beef Burger Day!

About the New York Beef Council: The Beef Checkoff Program was established as part of the 1985 Farm Bill. The Beef Checkoff assesses $1 per head on the sale of live domestic and imported cattle, in addition to a comparable assessment on imported beef and beef products. States retain up to 50 cents on the dollar and forward the other 50 cents per head to the Cattlemen’s Beef Promotion and Research Board (CBB), which administers the national Beef Checkoff program, subject to USDA approval. Consumer-focused and producer-directed, the CBB and its State Beef Council partners are the marketing organization for the largest segment of the food and fiber industry. 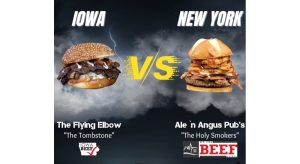 ROME, N.Y. — Nothing beats the taste of a delicious mouth-watering burger. There are tons of great burgers out there, but have you ever wondered where the home of the best burger is? The Iowa Beef Industry Council (IBIC) and New York Beef Council (NYBC) are sending forth their state’s best burger to answer that […] 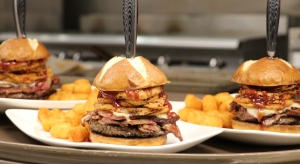 SYRACUSE, N.Y. — The New York Beef Council asked a simple question in April, “Who has the ‘Best New York Burger?'” After many nominations, votes, and debates this question has been answered through the taste buds of consumers and the final tasting efforts of our panel of judges. The 2022 “Best NY Burger” Winner is […] 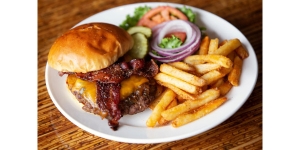 AMES, Iowa — Iowa’s beef producers are asking their fellow Iowans to help find Iowa’s Best Burger in 2022. In this year’s quest, the Iowa Beef Industry Council (IBIC) and the Iowa Cattlemen’s Association (ICA) are encouraging you to nominate your favorite burger, whether it’s gourmet or down-home style. “We are looking for the best […] 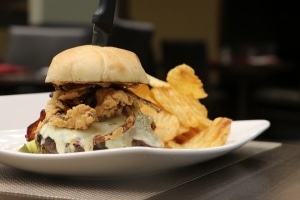 SYRACUSE, N.Y. — New York Beef Council asked a simple question in April, “Who has the ‘Best NY Burger”’?  After many nominations, votes and debate this question has been answered through the taste buds of consumers and the final tasting efforts of four judges from around New York State! The 2021 “Best NY Burger” Winner […]