COLD SPRING, N.Y. — “Believe in the fruit” was an English cider expert’s advice for New York apple growers and cider makers during a 10-day excursion to the U.K. this month. Organized by Glynwood in partnership with Angry Orchard, attendees of the trip were able to gain insights into the operations of the U.K.’s mature cider industry by observing orchard systems and harvesting techniques, while investigating the economics of cider apple production in England. These learnings serve as an inspiring catalyst for growing the cider culture throughout New York.

The group of 12 apple growers, cider makers and researchers from throughout New York State were invited to tour Somerset and Hereford, England’s iconic cider producing regions. Visiting both large and small-scale orchards and cideries, they examined the production of cider-specific apples, which in New York suggests a promising nascent market for orchards to supply the rapidly growing cider community. The excursion was also intended to support innovation and leadership among New York cider makers, with long-term goals for increased orchard viability, as well as quality of their product.

New York cider is well on its way to its own brand of distinction, as evidenced by this delegation’s sweep of awards at the Royal Bath & West Show, England’s biggest celebration of rural life. The international category in the show’s International Cider Championships, new this year, was dominated by New York ciders: 17 medal winners, including the Champion International Cider award won by Angry Orchard (Walden). Awards also went to Eve’s Cidery (Van Etten), Hudson Valley Farmhouse Cider (Staatsburg), Rootstock Cider Works (Williamson), and Slyboro Cider House (Granville). Organizers of the competition declared their intention to establish the Championship as an international center of excellence for cider, acknowledging the dynamic growth of U.S. cider production by humorously noting the presence of an “American invasion.”

“Medals awarded to New York cider makers at Royal Bath & West are an important acknowledgement of the quality of our members’ ciders, and shows international recognition of the complexity and appeal of the thoughtfully produced, orchard-based ciders from New York,” said Jenn Smith, Executive Director of the New York Cider Association (NYCA).

The energy and momentum generated by this trip promises to bring continued recognition and growth for New York cider. The contingent will apply their learnings to expand production of cider apples in New York and develop the quality of New York ciders; Glynwood’s Cider Project will aid these goals by facilitating continued collaboration amongst cider makers, apple growers, researchers and beverage trade professionals. A series of activities are being planned, including a convening of cider makers and apple growers organized by Glynwood with NYCA and Angry Orchard, at which a presentation will be given by participants about their learnings from the U.K. tour.

Jonathan Oakes of Steampunk Cider in New York’s Niagara region was a participant in the tour and comments: “It was eye-opening to visit producers of various sizes and ambitions. Touring the orchards and cider-producing facilities of Hereford and Somerset has brought a new perspective to the current state of cider production here in the ‘new world.’ The history and culture surrounding cider in the U.K. runs deep, yet the future appears to be divided. I have never been more enthused about the path forward for New York and our ability to stake a claim in the story of the fermented apple.”

Participants in the tour were:

The awards coincided with the 7th annual Cider Week Hudson Valley, which ended this past weekend. Concurrently, Ciders of the Hudson Valley, a collective identity developed by Glynwood that represents the vanguard of Hudson Valley cider production, has launched a new website with a directory as a way of promoting farm-based cideries as travel destinations. Furthering this message, “Destination Ciders” are new special-edition ciders available only at the farms where they are made and only during Cider Week.

About the Cider Project/Cider Week: Glynwood’s Cider Project broadens opportunities for apple growers by supporting the production and promotion of orchard-based hard cider and cider-specific apple varieties. Launched in 2010 with a travel exchange between French and American cider producers, the project expanded with the creation of Cider Week, a promotional initiative that connects trade professionals to farm-based cider producers while increasing public appreciation for the beverage. Building on these collaborations, Glynwood helped to found the New York Cider Association, the first statewide trade association for the cider industry. With Ciders of the Hudson Valley, Glynwood’s Cider Project is helping to establish cider as the signature beverage of our region and to increase cider tourism. Early in 2017, the Cider Project deepened its work with orchards by partnering with Angry Orchard to organize the planting of 5,000 cider-specific apple trees on 15 orchards throughout New York. https://glynwood.org/cider-project

About Angry Orchard: Angry Orchard’s cider makers have been crafting cider for more than twenty years, and most recently became a vital part of the thriving food, farming and cider community in the Hudson Valley with its cider house on its 60-acre orchard in Walden, New York. Angry Orchard has a number of initiatives in the works, which includes its work with Glynwood, to build upon its mission to establish a robust sustainable cider culture in New York State and the U.S. http://www.angryorchard.com/ 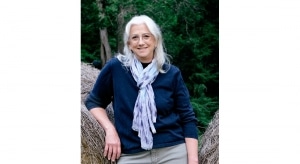 COLD SPRING, N.Y. — Glynwood, the Hudson Valley-based agricultural nonprofit, announced today that Laura Lengnick will be joining the leadership team as Director of Agriculture in September. Laura will work with the entire Glynwood team to identify and promote best practices in climate-smart food and farming in the Hudson Valley and beyond. The Glynwood Center […]