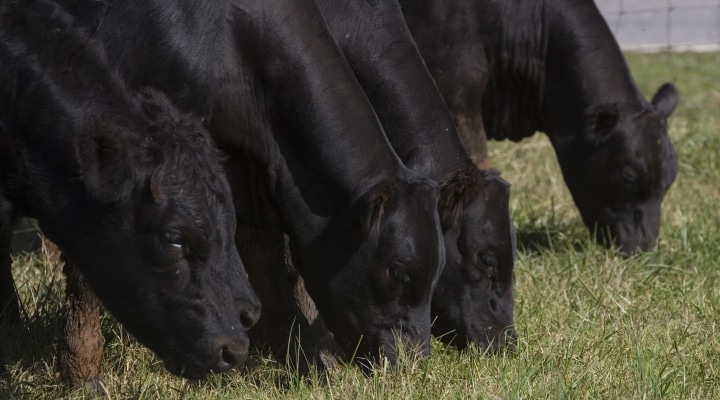 This action is in compliance with President Biden’s Executive Order 14036 on Promoting Competition in the American Economy, which directed USDA to, among other things, “enhance price discovery, increase transparency, and improve the functioning of the cattle and other livestock markets.”

The first new report, the National Daily Direct Formula Base Cattle, will provide greater information into the foundational prices used in cattle market formulas, grids and contracts. The second report, the National Weekly Cattle Net Price Distribution, will show the volume of cattle purchased at each different level of pricing within those formulas, grids, and contracts.

“During the past five years, stresses and disruptions caused by concentration in livestock markets have hurt producers, workers, and consumers, and highlighted vulnerabilities in America’s food system supply chain resiliency. Current negotiated cash cattle trade is approximately 30% less than it was in 2005, while formula transactions have increased at the same rate. Our new reports on formula transactions will bring needed clarity to the marketplace.” said Secretary Tom Vilsack. “Also, in the coming months, we plan to conduct several producer-focused outreach sessions to help producers and others understand how these data can inform real-world marketing decisions at farm, ranch, feedlot, and other points in the supply chain.”

These new reports will be issued by USDA Market News, overseen by the AMS.

The National Weekly Cattle Net Price Distribution report will show at what levels (price and volume) trade occurred across the weekly weighted average price for each purchase type – negotiated, negotiated grid, formula and forward contract. Currently, the market speculates whether large or small volumes of cattle trade on both sides of the price spread. And in fact, with premiums and discounts applied to the prices, the spreads shown on reports can be wide. Publishing a price distribution for all cattle net prices will offer more transparency to each of the purchase type categories. This report is a window into what producers are paid for cattle (net) and retains confidentiality by segregating volumes purchased in $2.00 increments +/- the daily weighted average price depending upon premiums and discounts. AMS has published a similar net price distribution report for direct hogs since January 2010.

Both reports can be accessed online at www.ams.usda.gov/market-news/national-direct-slaughter-cattle-reports.