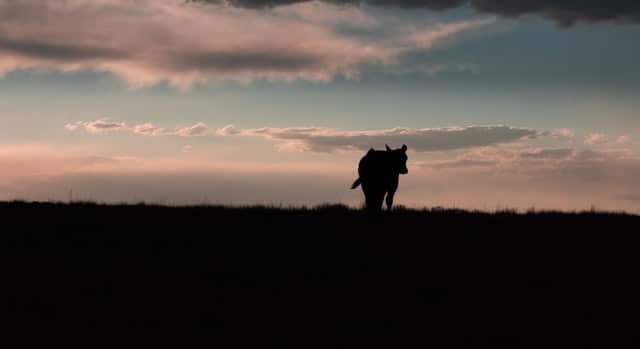 On November 20, the AJCA updated the animal database with the carriers identified by CDCB through genotyping. As required by AJCA policy, breeders, owners and lessees will receive notification of designated carriers of JNS. (Photo by Josh Johnson on Unsplash)

REYNOLDSBURG, Ohio — A new undesirable genetic factor, known as Jersey Neuropathy with Splayed Forelimbs (JNS), has been identified in the Jersey breed. The American Jersey Cattle Association (AJCA) board of directors were made aware and discussed the results of the investigation at the November board meetings in Louisville, Ky.

Calves affected with JNS are unable to stand on splayed forelimbs that exhibit significant extensor rigidity and/or excessive lateral abduction at birth. Affected calves are generally bright at birth but exhibit neurologic symptoms including spasticity of head and neck and convulsive behavior. Other symptoms reported include dislocated shoulders, congenital craniofacial anomalies and degenerative myelopathy. JNS is attributable to a specific haplotype on Bos taurus autosome 6 (BTA6) of genotyped Jerseys.

On November 20, the AJCA updated the animal database with the carriers identified by CDCB through genotyping. As required by AJCA policy, breeders, owners and lessees will receive notification of designated carriers of JNS. AJCA staff has started the process of contacting individuals impacted by the animals identified with the JNS haplotype. A complete list of carrier bulls, with corresponding NAAB codes, will be included in the Green Book as soon as feasible.

In addition to identifying the new haplotype, the board voted to amend the Policy Regarding Undesirable Genetic Factors to include the Statement of Designation Procedures for Jersey Neuropathy with Splayed Forelimbs (JNS). The Description of Condition (above), Determination of JNS Status and marketing statement follow .

The Board of Directors will not designate an animal either a carrier or free of JNS haplotype if the Board considers that there is a reasonable doubt that the animal is a carrier. The determination as to reasonable doubt depends upon the quality and amount of available evidence which will vary in each case.

With respect to all sales sponsored by the Association, a bull shall not be accepted unless designated Free of Jersey Neuropathy with Splayed Forelimbs (JNS).

Information to identify the undesirable genetic factor was determined from a study of 11 affected calves reported by Jersey breeders across the country. The AJCA worked with the breeders, their veterinarians, and scientists of USDA-ARS-AGIL to document the new factor.

The Importance of Reporting

Whether or not the AJCA’s abnormality reporting program is effective depends almost entirely upon complete reporting. The question often arises, “What do you report?” The answer is, “If it’s out of the ordinary in your experience, report it to the Association.” Report forms are available upon request from the Executive Secretary or from www.USJersey.com.

The American Jersey Cattle Association, organized in 1868, compiles and maintains animal identification and performance data on Jersey cattle and provides services that support genetic improvement and greater profitability through increasing the value of and demand for Registered Jersey™ cattle and genetics, and Jersey milk and milk products. For more information on USJersey program and services, call 614/863-3636 or visit the website.

Farmland: To purchase or to lease?