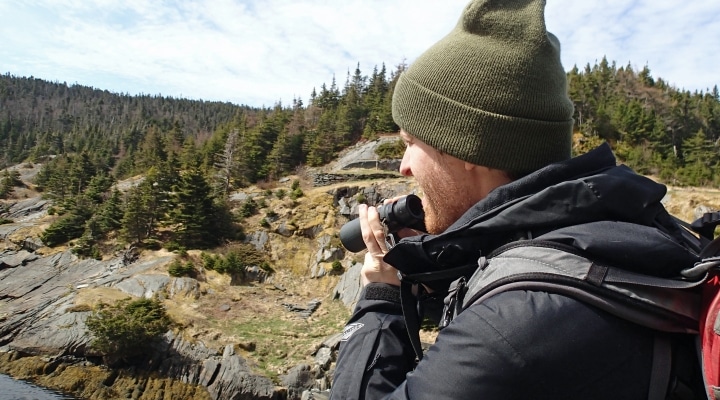 Hance Ellington grew up in rural Kentucky, where he and his friends caught crawfish. He loved the outdoors. Later, as an undergraduate student at The Ohio State University, he went on a three-month study-abroad program in Kenya. There, he studied human-wildlife conflict and formed his philosophy and approach to wildlife conservation. (photos courtesy, Hance Ellington, UF/IFAS)

ONA, Fla. — Hance Ellington grew up in rural Kentucky, where he and his friends caught crawfish. He loved the outdoors.

Later, as an undergraduate student at The Ohio State University, he went on a three-month study-abroad program in Kenya. There, he studied human-wildlife conflict and formed his philosophy and approach to wildlife conservation.

“In Africa, I studied and worked on human-wildlife conflict issues between iconic species like elephants and people, who just wanted to be safe and protect their livelihood,” Ellington said. “The big lesson I learned was that the stakeholders — the people who live on the land — must be engaged in wildlife conservation actions if they are to be successful.” 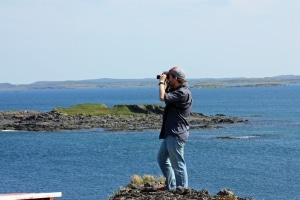 Ellington seems like a natural fit as the new assistant professor of wildlife ecology and conservation at the UF/IFAS Range Cattle Research and Education Center (RCREC) in Ona, Florida.

He’s been conducting his research in much cooler climates: Ontario and the Chicago area. Because of COVID-19, Ellington is still working from his home in Canada. In the fall, he plans to start working in-person in warm, humid Hardee County, Florida.

Ellington sees much potential for the impact of his research and Extension at the RCREC.

“I am excited about the research potential offered by the RCREC and Florida’s rangeland,” he said. “I find it very intriguing to try to answer questions about how predators – for example, coyotes — interact with their environment and other species.”

One of the biggest issues with rangeland ecology in Florida — at least related to wildlife — is managing human-wildlife conflict and animal predators harming calves, Ellington said. Another big issue is striking a balance between managing rangelands for biodiversity and productivity.

“I think we as conservationists have to think outside the box to develop ways that rangelands can provide both ecosystem services and a livelihood for the people of Florida,” he said. “Ultimately, the threat of land conversion through urbanization or other developments is the biggest issue facing wildlife conservation in Florida’s rangelands.”

Ellington is still formulating what he wants to accomplish, but he plans to focus his Extension program in two main areas: managing human-wildlife conflict and promoting sound stewardship of wildlife and their habitats.

“My Extension program is going to be informed by my research program, which will have four main focuses: movement and population ecology of rangeland wildlife, wildlife-livestock interactions, rangeland biodiversity and invasive species management,” he said.

Before coming to UF/IFAS, Ellington worked as a post-doctoral researcher at Ohio State and at Memorial University in St. John’s, Newfoundland and Labrador. He earned his bachelor’s degree in wildlife management from Ohio State, his master’s degree in biology from Indiana University in Pennsylvania and his doctorate in environmental and life sciences from Trent University in Peterborough, Ontario.

Brent Sellers, agronomy professor and director of the Range Cattle Research and Education Center, said Ellington can help the center’s stakeholders in many ways.

“It is obvious that he will be able to build and maintain a robust, multi-faceted and well-funded research program, develop programs that benefit Florida cattlemen and cattlewomen and state and federal agencies,” Sellers said. “He has great interest in wildlife movement ecology, wildlife-habitat interactions and animal behavior, and understanding these areas will greatly improve our knowledge of how grazing lands aid and protect wildlife for future generations.”