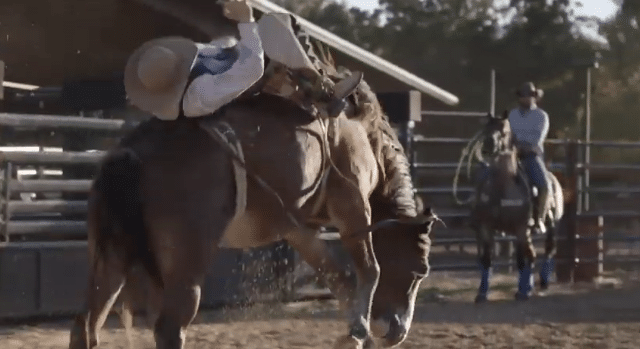 The first episode takes a look at why the rodeo team at West Texas A&M in Canyon thrives on community support. (The Texas A&M University System, YouTube)

BRYAN/ COLLEGE STATION, Texas — A new television show, Around Texas with Chancellor John Sharp, premiers Feb. 4 on KAMU-TV and will be offered to other public television affiliates across the state, giving viewers a behind-the-scenes look at the people who make Texas like no other state in the country.

The complete first season includes 12 episodes that will be available on The Texas A&M University System’s YouTube page after each episode airs on KAMU-TV at 7 p.m. every Thursday. The 28-minute program provides fresh insight on the Texas A&M System, which has grown to touch the lives of almost every Texan, every day, one way or another.

In Season One of Around Texas with Chancellor John Sharp, you will learn about:

“These are just a few of the stories we’ll be telling this spring on Texas’ PBS stations,” said Chancellor Sharp of the Texas A&M System. “On each episode, we’ll explore a story or two in a long-form feature. We’ll also sit down in the studio with one of the amazing Texans we just featured, letting them tell the rest of their story. We hope you will join us on the journey.”

About The Texas A&M University System
The Texas A&M University System is one of the largest systems of higher education in the nation with a budget of $6.3 billion. The System is a statewide network of 11 universities; a comprehensive health science center; eight state agencies, including the Texas Division of Emergency Management; and the RELLIS Campus. The Texas A&M System educates more than 151,000 students and makes more than 22 million additional educational contacts through service and outreach programs each year. System-wide, research and development expenditures exceeded $1 billion in FY 2019 and helped drive the state’s economy.

Farm bankruptcies down in 2020