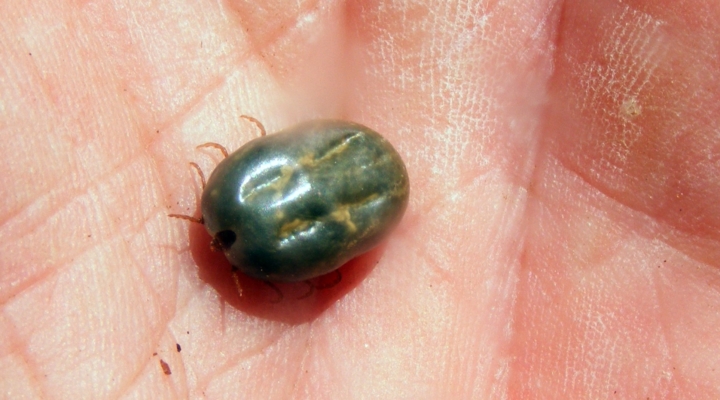 COLLEGE STATION, Texas — The battle against fever ticks rages on, and a group of Texas A&M University and French National Institute for Agricultural Research scientists are doing their best to determine where the fray will head by synthesizing historical models for use in curbing the pest globally.

Texas A&M’s departments of wildlife and fisheries sciences and entomology and the French institute have collaborated for a number of years to model systems approaches meant to address ecological and regulatory questions about fever ticks, said Dr. Pete Teel, who works within the entomology department’s Tick Research Laboratory.

Teel, a Texas A&M AgriLife Research entomologist, said the two species of cattle ticks  affecting Texas, Rhipicephalus (Boophilus) annulatus and R. (B.) microplus, were at the center of the study.  These two closely related species are able to transmit pathogens causing bovine babesiosis, or Texas cattle fever. Both ticks and pathogens were brought to the U.S. on livestock with early settlers from other parts of the world.

Economic losses in cattle include direct losses in meat and milk production through tick blood-feeding. The R. (B.) microplus species now plagues cattle throughout the tropical and subtropical regions of the world. It is also now recognized as one of the world’s most pesticide-resistant parasites.

Teel said global prevention of disease and of the direct economic effects of tick parasitism is highly dependent on tick suppression or elimination. Mortality rates in naïve cattle to bovine babesiosis range from 70 to 90 percent.

Dr. Hsiao-Hsuan “Rose” Wang, an AgriLife Research scientist at the wildlife and fisheries sciences department’s ecological systems laboratory, is lead author on the recently published “Quantitative models of Rhipicephalus ticks: historical review and synthesis,” which appeared in the Sept. 14 Ecosphere Journal. Go to http://onlinelibrary.wiley.com/doi/10.1002/ecs2.1942/abstract to see the abstract, then click on the article.

Wang said the work is meant to put a global perspective on a number of aspects researchers encountered and how these modelers approached various problems differently.

The U.S. has long had a permanent quarantine zone hugging the Mexican border to prevent the re-establishment of ticks from Mexico. As a result of recent outbreaks of cattle ticks in Texas, there are 2,720 premises under quarantine covering almost 9 million acres.

“Rhipicephalus ticks are among the most studied group of ticks in the world due to their wide global range and the devastation they cause,” Teel said.

Researchers have developed quantitative computer models of Rhipicephalus ticks since the early 1970s to study the complex biological and ecological relationships that influence the management or eradication of ticks and tick-borne diseases, he said.

“For our study, we reviewed the 45-year history of Rhipicephalus models developed first in Australia, a decade later in North and South America and then still later in Africa,” he said.

According to the paper, these started as analytical models studying parts of the ticks’ life cycles, progressed to simulations of their complete life cycles on to the current emphasis, which is on GIS-based bioclimatic envelope models derived from remotely sensed data and tick presence records, and then back to simulations with spatially explicit, agent-based models.

“Those earlier models predicted management techniques, such as pasture rotation, resistant cattle and anti-tick vaccines,” he said. “But with global climate change, new wildlife hosts and the ticks’ potential for widening its global reach, our study emphasis concentrated on the complexities of tick-host-landscape interactions and the potential for range expansion.”

Teel said their study and future efforts would focus on the development of clearer comparisons for Rhipicephalus ticks to provide ways to hypothesize specific cause-effect relationships, test tick abundance patterns and pathogen prevalence in the field, and simulate how these patterns might be interrupted to achieve tick suppression or eradication.