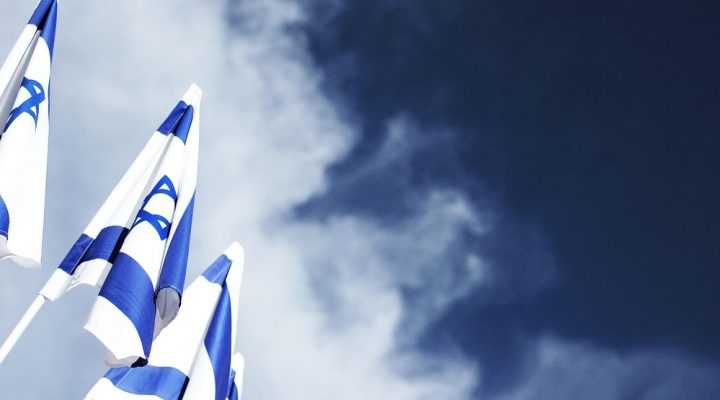 Commissioner Miller’s visit kicks off a new Texas Department of Agriculture trade initiative to strengthen ties between the State of Texas and the Jewish state of Israel through trade and marketing opportunities. As a part of that initiative, Miller’s office is already working on discussions with Israeli companies to invest in production, distribution, and marketing centers in Texas. (bryan, Flickr/Creative Commons)

AUSTIN — Texas Agriculture Commissioner Sid Miller announced today that he has been invited to Israel to meet with regional and national officials, including Uri Ariel, the Minister of Agriculture and Rural Development, to discuss vital agricultural issues, including trade and jobs.  The trip will take place in March and the itinerary is still being finalized.

“I am going to deliver the message to our trade partners in Israel that Texas is open for business and that we are looking forward to strengthening the bond between Texas and Israel,” Miller said. “Whether working on agricultural technology such as livestock genetics, finding solutions to our future water needs, increasing Texas exports or creating new jobs for both Texas and Israel, we have only scratched the surface of the ways we can work together,” Miller said.

“I look forward to working closely with Texas Agriculture Commissioner Miller and his team to strengthen the already strong ties that exist between Israel and Texas,” Minister Ariel said.  “I also look forward to increasing the trade and marketing opportunities between Texas and Israel and am anxious to build upon this new opportunity.”

Commissioner Miller’s visit kicks off a new Texas Department of Agriculture trade initiative to strengthen ties between the State of Texas and the Jewish state of Israel through trade and marketing opportunities. As a part of that initiative, Miller’s office is already working on discussions with Israeli companies to invest in production, distribution, and marketing centers in Texas.

But the visit will not focus solely on economic or agricultural issues. He will also be visiting the Judaen and Samarian West bank settlements at the invitation of Yossi Dagan, Governor of Shomron (Samaria) Regional Council.

“I look forward to hosting Commissioner Sid Miller in Samaria,” said Governor Dagan, who will meet with Miller in Washington later this month during the Presidential Inauguration.  “Commissioner Miller is well known to the Israeli people for his strong support of the Jewish state and I am excited as Governor to personally take him on a tour of Judea and Samaria and discuss opportunities for Samaria and Texas to do business.”

In his role as a resource for President-elect Donald Trump’s incoming administration, Miller said the timing of this international outreach is perfect.

“The relationship between the U.S. and Israel is at an all-time low thanks to President Obama and his disregard for our greatest ally for freedom in the Middle East,” Commissioner Miller said. “President-elect Donald Trump has promised a new positive engagement with Israel, and I am excited that America will soon return to a warm and prosperous relationship with the State of Israel.”

Since taking office, Commissioner Miller and staff have traveled to every continent except Antarctica to represent Texas agriculture and promote Texas products and businesses.  His visit to China may have helped open the door to greater trade with the Lone Star State, specifically on the purchase of American beef and Texas pecans. The TDA was recently awarded $800,000 from the Small Business Administration to spur growth in Texas companies exporting abroad.

“Texas and Israel are common ground separated by 7,000 miles,” Commissioner Miller said.  “We have so much in common, from a similar terrain with the same agricultural challenges to a love of freedom born out of an early struggle for survival.  Texas and Israel both know what it means to fight for freedom and win. I am honored to be invited and look forward to delivering our message that Texas stands with the State of Israel.”