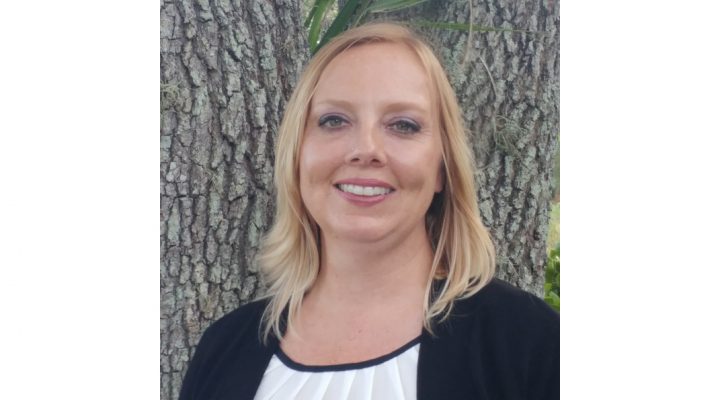 Carey Minteer has joined the University of Florida Institute of Food and Agricultural Sciences as an expert in the use of biological controls to manage invasive plants. (Courtesy Photo)

FORT PIERCE, Fla.— Carey Minteer, a research professor with expertise in the use of biological controls to manage invasive plants, has joined the University of Florida Institute of Food and Agricultural Sciences. Florida has the most invasive species in the country, with 28 ports of entry, including seaports, airports and train stations.

Minteer, who is also an expert in geographic information systems, is based at the UF/IFAS Indian River Research and Education Center in Fort Pierce, Florida. She is collaborating with professor James Cuda, UF/IFAS Extension agent Ken Gioeli and other scientists to fight the state’s most noxious weeds, including the Brazilian peppertree, one of Florida’s most widespread invasive plants.

“Dr. Minteer has demonstrated effectiveness in investigating the biological control of invasive weeds in the central U.S.A. and Florida,” said Ronald Cave, UF/IFAS Indian River REC interim director. “Her expertise in biological control is strengthened with her knowledge of sophisticated mapping technology for spatial analysis of large infestations, thereby bringing a new dimension of research capability to the laboratory.”

Cave said Minteer’s familiarity with geographic information systems, or GIS, brings the most innovative invasive species research technique to the UF/IFAS Fort Pierce laboratory. “With GIS mapping platforms, I can use satellites to collect spectral signatures from plants, or light spectrums,” said Minteer. “I can select a large swath of land and collect data about the extent of an infestation of an invasive species and, over time, monitor changes in that infestation.”

The science involved in the biological control of invasive plant species is sophisticated, and when successful, saves millions of dollars annually because the need for expensive mechanical removal and, or, chemicals is either obsolete or greatly reduced, Minteer said. “Sharing the safety and efficacy of biological control with the public is important to me so they can understand what an amazing tool it is to protect their parks and natural areas,” she said. 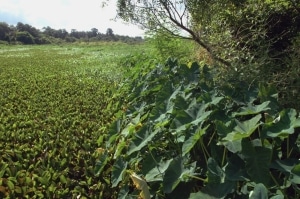 GAINESVILLE, Fla. — Florida crawls with invasive species: Burmese pythons, water hyacinths, Brazilian peppertrees. By taking a few precautions, we can lower the chances an animal or plant becomes invasive, says a University of Florida expert. Earlier this month, we heard about the Giant African land snail. After the Florida Department of Agriculture and Consumer […] 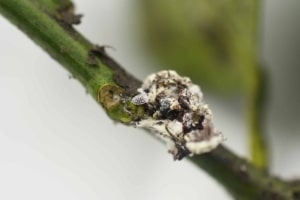 FORT PIERCE, Fla. — As a child in a Boston suburb, Nicole Quinn was oft outdoors. She marveled over trees, water and dirt — and how everything was interdependent. She would turn over rocks to examine insects and worms as they worked in their habitats. So began a relentless curiosity about nature and the relationships […]