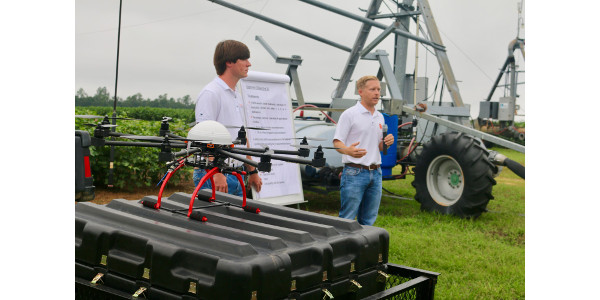 BLACKVILLE, S.C. — Tests on new nutrient-management technology under development at Clemson University showed savings of up to $54 an acre on cotton production.

Those savings could mount quickly; South Carolina plants more than 180,000 acres of cotton, according to the National Agricultural Statistics Service.

“Deep tillage is the most fuel-consumptive thing you do in the field,” said Jonathan Fox, a plant and environmental sciences master’s student speaking at the Row Crop Field Day at Clemson’s Edisto Research and Education Center (REC) near Blackville.

Most sandy soils in South Carolina have a compacted zone, called a hardpan, that roots can’t penetrate. The hardpan, usually at a depth of 10 to 16 inches, can be 2 to 8 inches thick. If not tilled, the hardpan will prohibit roots from reaching water and nutrients found in deeper soil.

“The hardpan can reduce crop yields by as much as 50 percent and makes plants more susceptible to drought stress,” Fox said.

Fox is working with agricultural engineer Ahmad Khalilian and other specialists at the Edisto REC to develop a real-time, variable-rate tillage system that uses sensor technologies to pinpoint the depth and thickness of that soil hard pan. The technology communicates with the tillage equipment to automatically adjust the blade depth on the go. As a result, farmers don’t till soil if they don’t need to and don’t till deeper than needed.

“In turn, what that gives us in my research so far is fuel savings of up to 45 percent for farmers,” Fox said.

Fox’s project was among several on display at the field day at the Edisto REC, which is home to the university’s precision agriculture program that utilizes new technologies to make farming more efficient, profitable and environmentally friendly.

Clemson University irrigation specialist Jose Payero is installing weather stations and soil-moisture sensors at farms across South Carolina and developing the online platform that will allow farmers to use the collected data to conserve water and energy by reducing irrigation. Farmers can contact Payero about participating at jpayero@clemson.edu. Payero said the online platform is about a month from completion.

“We’re not just looking at yield. We’re looking at profit. What’s the ideal seeding rate for your field to maximize profit?” Kirk said.

With the help of post-doctoral associate Wei-zhen Liang, Kirk’s group is also developing image analysis software to quantify soybean leaf defoliation. Farmers typically use a visual estimate to determine if insect damage has reached a level that requires treatment. That defoliation is often over-estimated, however, and farmers spend money on unneeded insecticide treatments, Kirk said. Kirk and Liang are developing a website where farmers could upload leaf or canopy images and receive a spray recommendation.

Kirk’s work presented at the field day was supported by Cotton Inc. and the South Carolina Soybean Board. Farmers interested in learning more about the variable-rate seeding technology or the defoliation image analysis software or in participating in a field trial for these technologies can contact Kirk at kirk2@clemson.edu.

Also on display at the Edisto REC field day was a sensor-based, variable-rate nitrogen applicator that can be used with center-pivot irrigation systems in cotton fields. Clemson University Ph.D. student Phillip Williams received a $94,808 grant from the National Institute of Food and Agriculture to develop and test the technology.

Williams plants a “nitrogen-rich” strip of cotton to evaluate the field’s maximum, or target, yield. He then flies a drone mounted with an infrared camera over the field to measure nutrient content in plants and uses a global positioning system to map the field’s nutrient deficiencies. That information, along with planting date and historical yield data, is plugged into an algorithm developed at Clemson to tell how much fertilizer needs to be applied and where. A variable-rate applicator connected to an irrigation system then applies only the amount of fertilizer needed at variable rates throughout the field.

“It is essentially micromanaging your fertigation through this irrigation system, which hopefully can optimize nitrogen rates, increase yields and increase profits for the growers,” Williams said.

In an on-farm trial, Williams demonstrated savings of up to $54 per acre. Using the technology, Williams reduced fertilizer applications by nearly two-thirds over the conventional rule-of-the-thumb applications of 90 pounds of nitrogen per acre. Despite the reduced fertilizer applications, yield was unchanged, and because the applicator would work in tandem with an irrigation system, it also would save time and fuel by eliminating a second trip through the field for nitrogen applications. Farmers interested in participating in trials of this technology can contact Williams at pbw@clemson.edu or visit www.clemsonnitrogencalculator.com.

To learn more about the variable-rate nitrogen applicator or the  automated tillage technology, click here. 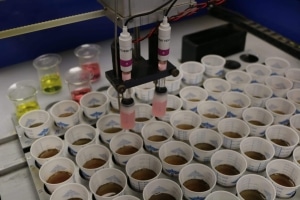 CLEMSON, S.C. — Growers across the southern United States are planting spring crops and many have lime on their minds. Lime is a very important soil amendment used to grow crops. To help ensure the correct amount is applied where it is needed most, the Clemson University Precision Agriculture Team has developed the Reverse Lime […] 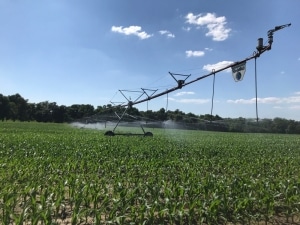 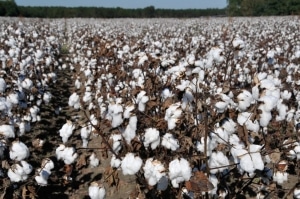 CLEMSON, S.C. — Cotton futures are at a 10-year-high and a Clemson University Cooperative Extension Service economist says growers should look at pricing some of their 2022 production if they haven’t already and locking in input costs now if they can. During the 2022 South Carolina Cotton Growers Meeting in Santee, South Carolina, Nathan Smith, Clemson Extension agribusiness […]