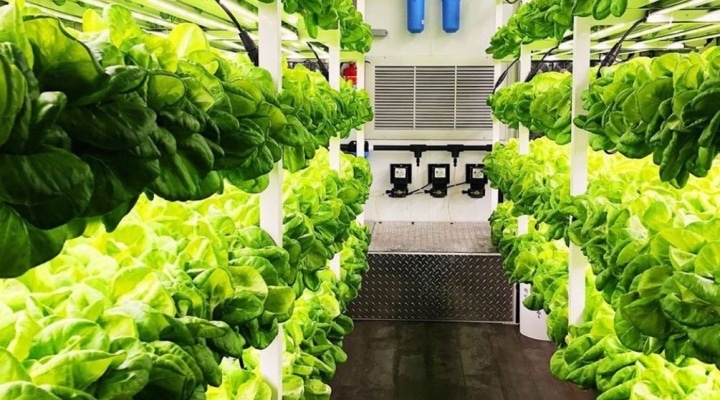 The two Tampa Bay companies were introduced through the Florida-Israel Agriculture Innovation Summit last November, hosted by Commissioner Fried and the Florida Department of Agriculture and Consumer Services.

Brick Street Farms, based in St. Petersburg, designs and manufactures vertical farms inside upcycled shipping containers, and is the only-female led company in the world that uses their containers for financial sustainability, with a mission to bring mass food production to the point of consumption. The future Brick Street Farms hubs will grow up to 20 acres of farmland each on one-third of a parking lot, and each climate-controlled farm container will be fully sustainable, solar powered, and use a fully recycled reclaimed water system. Lykes Bros. Inc., founded in 1900 and based in Tampa, holds over 600,000 acres of land in multiple states, and is a diversified agribusiness in citrus production, cattle, forestry, land and water resources, and other farming operations. With the investment from Lykes Bros., Brick Street Farms will further develop their first-of-their-kind cultivation hubs that will be located in urban communities.

“I’m so excited for these two phenomenal companies working to advance agritechnology and agribusiness in Florida, and thrilled that we helped bring them together through our binational innovation summit last year,” said Commissioner Nikki Fried. “This is a perfect example of how government can facilitate business development while serving the greater good in our communities. Lykes Bros.’ investment in Brick Street Farms will help fight food deserts and food insecurity in urban locations, will bring farm-to-fork produce closer to more people, and will bring cutting-edge agritechnology to everyone. I thank Lykes Bros. for their experience and investment, Brick Street Farms for their passion and innovation, and Mayor Kriseman and Mayor Castor for helping celebrate this winning combination for Tampa Bay and all of Florida.”

“Brick Street Farms could not be more honored to have Lykes Bros. as our new investors. With 121 years of experience in agriculture, Lykes Bros. brings us the expertise and leadership to aid us in accomplishing our goal of bringing mass production to the point of consumption,” said Shannon O’Malley of Brick Street Farms. “With this investment, Brick Street Farms will be able to lead the way in disrupting agriculture and reinventing possibilities to sustainably feed more people from urban locations, offer our farming expertise so we can bring farm to fork in cities, and contribute to healthier lives in food deserts through our Desert Farms Foundation. Our Brick Street Farm hub models will be the first of its kind, and we can’t wait to show this to the world.”

“Lykes Bros. is excited to be advancing and investing in the future of agriculture, and sees Brick Street Farms’ leadership and innovation in the controlled environment sector as the perfect fit for our company,” said Mallory Dimmitt of Lykes Bros. Inc. “They have a great team who shares our commitment to pioneering the future, and their plans to grow their food hubs across Florida and beyond is a bold blueprint for producing healthy food locally and sustainably.”

“St. Pete is always glad to have someone like Commissioner Fried who cares so much about climate change and our environment visit us. Thank you for your leadership in Tallahassee and your partnership to mayors like Jane [Castor] and I,” said Mayor Rick Kriseman of St. Petersburg. “Everything Brick Street Farms is doing is reflective of our vision for St. Petersburg. Our vision statement talks about building a city of opportunity where the sun shines on everyone, and Brick Street Farms has been doing exactly that. You can’t build a city of opportunity without innovation and creativity, and I think we all can agree that Brick Street Farms is more than just a farm – it is a hub of innovation and creativity. “

“To my good friend and our amazing Agriculture Commissioner Nikki Fried, thank you for all you do for our state of Florida, but specifically from Rick [Kriseman] and I, for what you do for Tampa Bay. It does not go unrecognized, and is very much appreciated,” said Mayor Jane Castor of Tampa. “What an incredible approach Brick Street Farms is – this will quickly will become a best practice worldwide. If you look at use of our space, which is becoming less and less available, what would have taken 48 acres to create this amount of produce, they have done in one parking lot. Every urban environment struggles with food deserts, and the problems that occur from those food deserts are often times for many communities insurmountable – this is a solution to so, so many problems.”