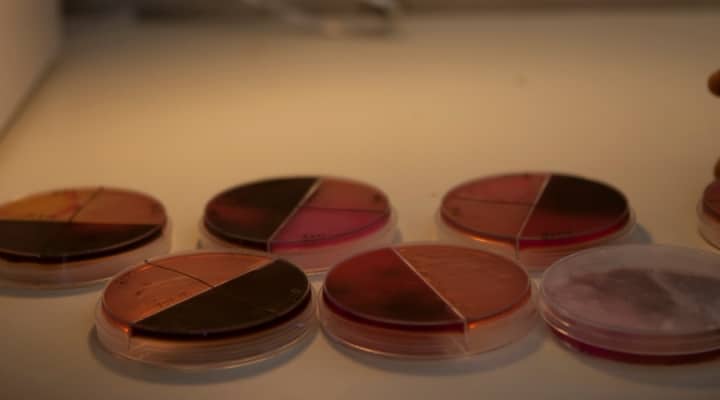 “A few of these technologies are already being marketed in the United States, and are currently being implemented on some dairies,” he added. “But we’re likely to see more widespread adoption of these systems here as they become more accurate, precise and affordable.”

Because mastitis impacts an animal in a variety of ways, researchers have taken several approaches to detecting the earliest signs of disease. Here is a quick review of the most common approaches:

These tools are being incorporated, and sometimes combined, into in-line milking systems to make mastitis detection more automated, and to help dairy producers detect the disease sooner, noted Dr. van der List. “Alerts provided by these types of technologies will help determine when to collect a sample and do a bacterial culture.”

A simpler and more accessible diagnostic tool that dairy producers are beginning to use more often is an on-farm mastitis culturing system. This tool enables producers to run bacteriological cultures in just 24 hours on their own farm. The plates used indicate if there is bacterial growth and whether the growth is Gram-positive or Gram-negative. Other plates available to producers can indicate if the pathogen is a streptococci — these mastitis cases are often subclinical for days and even weeks before resulting in clinical mastitis.

“Not all mastitis cases require antibiotic treatment such as mild to moderate cases of Gram-negative or no-growth ” said Dr. van der List. “As a result, many producers can reduce their overall antibiotic use.”

Requirements for an on-farm lab are rather simple:

The cost of supplies for a simple on-farm culturing system runs about $3 per sample plus the initial incubator purchase ($50 to $100).5

It is important that these on-farm culture systems are managed in cooperation with the herd veterinarian as they are meant to guide treatment protocols — not diagnose pathogens, and they will not detect Mycoplasma.

Potential for nitrate poisoning is high in drought-affected forages
December 5, 2021