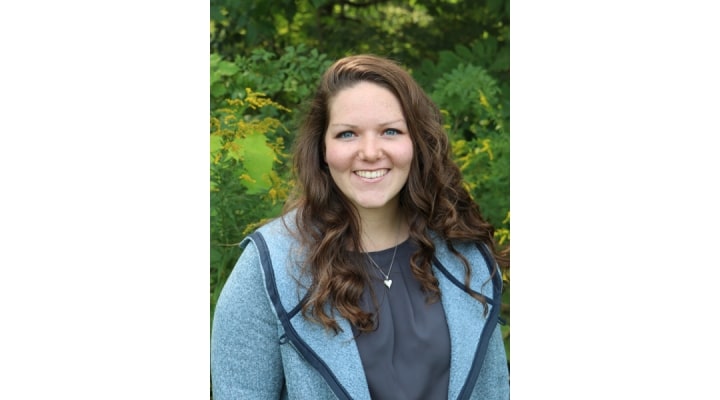 The NYBC recently hired Ashley Russell as the Director of Veal Marketing.

WASHINGTON — The North American Meat Institute, a contractor to the Beef Checkoff, has entered into a sub-contracting arrangement with the New York Beef Council (NYBC) to execute the Fiscal Year 2021 Veal Promotion and marketing activities.

In 2020, veal industry stakeholders gathered virtually to plan a renewed and focused direction for veal. They prioritized strategic initiatives and decided all programming and messaging for veal going forward would include three areas, Discovery of, Access to, and Confidence in veal as a protein choice. The FY 21 Beef Checkoff funded veal promotion plan will target four specific areas, channel marketing, consumer outreach, influencer outreach, and digital marketing to increase demand for and confidence in purchasing veal.

“We look forward to working closely with the NYBC on the veal promotion programs for the coming year,” said NAMI Vice-President for Sustainability Eric Mittenthal. “The synergy and experience that NYBC brings to this collaboration will well serve veal producers as new and innovative promotion and marketing programs are initiated.”

Over the next year, the NYBC will partner with other State Beef Councils, industry professionals, and influencers to educate consumers on the benefits of adding veal to their plates. Keep in touch with the national promotion veal program at www.vealmadeeasy.com and subscribe to their newsletter to receive updates and recipes monthly.

The NYBC recently hired Ashley Russell as the Director of Veal Marketing.  Prior to coming to NYBC, Ashley was the Communications Coordinator at Cornell Cooperative Extension of Chenango County. She attended college in Syracuse, N.Y., at the SUNY College of Environmental Science and Forestry, and grew up in Central New York where she still lives. She is excited to execute the Veal Promotion activities in FY21 and looks forward to working with industry partners and stakeholders to increase knowledge and awareness of veal as a protein choice.

About The Beef Checkoff:

The Beef Checkoff was established as part of the 1985 Farm Bill. The checkoff assesses $1 per head on the sale of live domestic and imported cattle, in addition to a comparable assessment on imported beef and beef products. States may retain up to 50 cents on the dollar and forward the other 50 cents per head to the Cattlemen’s Beef Promotion and Research Board, which administers the national checkoff program, subject to USDA approval

The North American Meat Institute (NAMI), a contractor to the Beef Checkoff, is the leading voice for the meat and poultry industry. Formed from the 2015 merger of the American Meat Institute (AMI) and North American Meat Association (NAMA), the Institute has a rich, century-long history and provides essential member services including legislative, regulatory, scientific, international and public affairs representation. NAMI’s mission is to shape a public policy environment in which the meat and poultry industry can produce wholesome products safely, efficiently and profitably. Together, the Institute’s members produce the vast majority of U.S. beef, pork, lamb and poultry and the equipment, ingredients and services needed for the highest quality products.