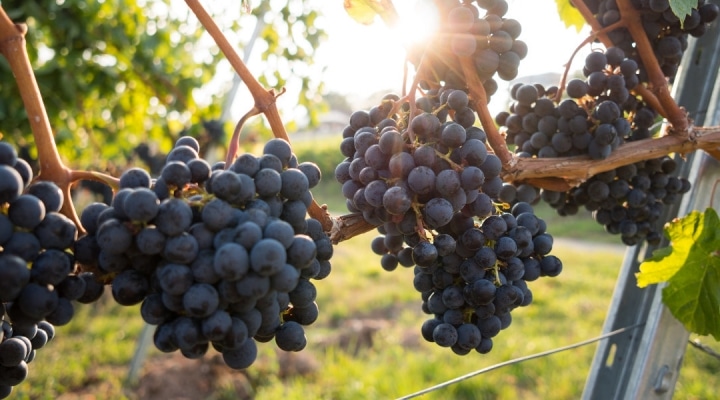 “This could be a real game-changer for small and medium-sized farms in the Northeast,” said Kirstin Petersen, assistant professor of electrical and computer engineering in the College of Engineering. (Photo by David Köhler on Unsplash)

ITHACA, N.Y. — Cornell University engineers and plant scientists have teamed up to develop a low-cost system that allows grape growers to predict their yields much earlier in the season and more accurately than costly traditional methods.

The new method allows a grower to use a smartphone to record video of grape vines while driving a tractor or walking through the vineyard at night. Growers may then upload their video to a server to process the data. The system relies on computer-vision to improve the reliability of yield estimates.

Traditional methods for estimating grape cluster numbers are often done manually by workers, who count a subset of clusters on vines and then scale their numbers up to account for the entire vineyard. This strategy is laborious, costly and inaccurate, with average cluster count error rates of up to 24% of actual yields. The new method cuts those maximum average error rates by almost half.

“This could be a real game-changer for small and medium-sized farms in the Northeast,” said Kirstin Petersen, assistant professor of electrical and computer engineering in the College of Engineering.

Petersen is a co-author of the paper, “Low-Cost, Computer Vision-Based, Prebloom Cluster Count Prediction in Vineyards,” which published in the journal Frontiers in Agronomy. Jonathan Jaramillo, a doctoral student in Petersen’s lab, is the paper’s first author; Justine Vanden Heuvel, professor in the School of Integrative Plant Science Horticulture Section in the College of Agriculture and Life Sciences, is a co-author.

When workers manually count clusters on a vine, accuracy greatly depends on the person counting. In an experiment, the researchers found that for a panel of four vines containing 320 clusters, manual counts ranged from 237 to 309. Workers will count the number of grape clusters in a small portion of the vineyard to get an average number of clusters per row. Farmers will then multiply the average by the total number of rows to predict yields for a vineyard. When cluster numbers are miscounted, multiplying only further amplifies inaccurate yield predictions.

“We showed that compared to the technology, a farmer would have to manually count 70% of their vineyard to gain the same level of confidence in their yield prediction,” Petersen said, “and no one would do that.”

High tech, accurate robot counters do exist, but they cost upwards of $12,000, making them inaccessible to small and medium-sized growers. Another disadvantage: they count grapes when they are closer to ripening, late in the season, in September or October. The new method counts clusters in May to June.

“Having good predictions earlier in the season gives farmers more time to act on information,” Jaramillo said. Famers may then secure labor and buyers in advance. Or, if they are making wine, they can acquire the right amount of equipment for producing and packaging it. “Not having these things lined up in advance can cause problems for growers last minute and ultimately reduce profits,” Jaramillo said.

Now an unskilled laborer can simply drive a tractor up and down the rows with a smartphone set up on a gimbal. While details of a public release are still being worked out, the researchers will field test an app this summer. The researchers intend for this app to be open sourced, and the machine learning components setup such that users simply upload their video to a server that will process the data for them.

What’s going on with lumber prices?

Solving a million dollar problem for the aquaculture industry