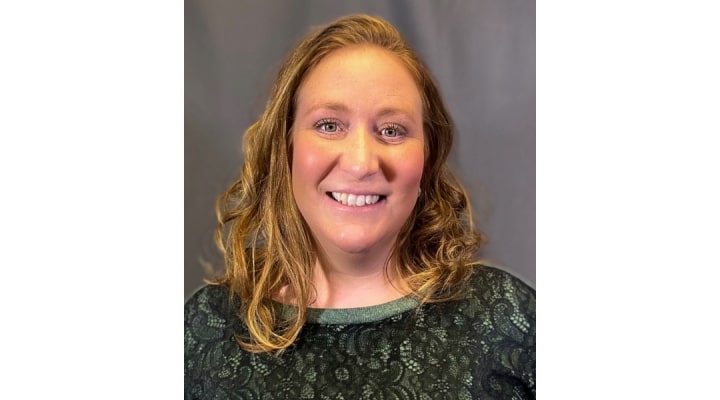 SPRINGFIELD, Ill. — During the 2021 Illinois Pork Producers Association (IPPA) virtual annual meeting, the delegate body elected four new members to the board of directors. The IPPA board consists of six district representatives, twelve at-large positions and representatives from the following organizations: Illinois Farm Bureau, Illinois Purebred Swine Council, National Pork Board and National Pork Producers Council. They meet quarterly to discuss promotion of pork products and meeting the needs of pig farmers across the state.

The newest at-large director is Emmalee Haege. She resides in Nashville, Ill., with her husband Daniel, and two daughters Milly (6) and Hannah (3). They own and operate a small row crop operation and Red Angus cow/ calf herd. Emmalee is employed with The Maschhoffs as a Senior Production Manager for the Midwest Region, working with a group of Production Partners in the Southern Illinois area. She grew up on a small show pig/ breeding stock operation in Carlyle Illinois.

was elected to serve as the District 1 Director. Jill, along with husband Travis, and kids Jake and Abby live in Aledo. She grew up on her family farm in Joy and returned three years ago to continue on with the third generation of Biddle pork production. Biddle Farm Inc. is a farrow to finish operation and a PIC gilt multiplier. Jill is active in day-to-day operations and coordinates feed and logistics with their contract growers in western Illinois and eastern Iowa.

In December, Josh Maschhoff was elected to fill the vacancy of Dan Sprague. Josh, wife Angela, and sons Kyler and Brayson reside in Nashville. Josh is a Production Director for The Maschhoffs with primary responsibility for 25,000 sows and associated finishers between Southern Illinois and Missouri. He has worked in production

operations for 6 years and prior to that wrote CNMPs and constructed sow farms and finishing facilities across the state. Josh is also part of the 6th generation of the family business.

Roy Flach was elected to serve as the Illinois Purebred Swine Association (IPSA) representative. He and wife Beth, along with his mother Nancy, own and operate Flach Farms, producing and selling quality show pigs across the nation from their farm in Oakley. His leadership also extends to positions on the National Hereford Hog Association, Certified Pedigree Swine, Illinois Purebred Swine Council and several state swine associations.

IPPA delegates also voted on the following officer team for the 2021 year:

Bob Miller has served on the IPPA board since 2015. At his farm he raises four breeds of purebred swine and showpigs, with a small boar stud, a retail meat business, and a grain farm. The farm has been in the family for over 140 years making it a centennial farm where his son is the sixth generation and co-owner of the farm. Bob and his wife, Carla, have two children, seven grandchildren, and two great-grandchildren. In 2018 he was inducted into the National Spotted Swine Hall of Fame as he retired from the National Spotted Board. He has also been heavily involved with the Illinois Purebred Swine Association.

Dale Weitekamp has been a director since 2014. Dale has served in all officer positions and served on the State Fair, Production Tech/Research, Industry Services and Marketing committees. He was a member of the Mid-Illinois Pork Association. He and his brother, Allan, are part of a fifth-generation centennial farming family. Along with row crop the farm currently contract finishes 22,000 head in wean to finish buildings. They also are partners in a 6,400 head breed to wean sow herd. Dale and his wife, Kim, have three children. The Weitekamps were awarded The Family of the Year award in 2007. Dale is also an EMT with the Raymond- Harvel Ambulance Service. He will serve as current past-president this year on the IPPA board.

Dan Sprague joined the IPPA board in 2019 and brought over 35 years of experience in the swine industry. While employed with The Maschhoffs, Dan focused his time with the Great South Region pork production system and worked at the local, state, and federal level to inform and influence elected officials to support the pork industry. After over 15 years with The Maschhoffs, Dan recently accepted a new position with Country View Farms in Indiana, where he and his wife, Colleen, now reside.

Paul Ayers dedicated five years to the IPPA board. He and his wife, Erin, along with their two kids, live in Clinton County. Paul was most recently chair of the Industry Services committee and also served on the Marketing and Production Tech/Research committees. He also serves on the National Pork Board’s Animal Welfare committee, Industry Audit Task Force, PQA Task Force and Depopulation Task Force. Paul works for The Maschhoffs, LLC as the Animal Care Manager.

Tom Dale has served on the IPPA board since 2018. Tom is from Henry County and resides in Geneseo with his wife, Nancy. Tom has worked in the pork industry for over 24 years, experiencing all phases of production and management. Currently he works for River Valley Cooperative as Swine Feed Account Manager.

Retiring from the National Pork Board is Illinois native, Gary Asay. Gary is a third-generation farmer from Henry County. He has 300 crop acres in addition to his 9,500 head wean-to-finish hog farm. Gary and his wife, Barbara, have two daughters. He has been very involved at the state and national levels over the years. He served as an at-large director on the IPPA board from 2002-2007 and president in 2006. From 2008-2013 he served on the NPPC board. Since 2013 he has been serving on the NPB board and will retire in June of this year.

We would like to thank these directors for their time and service representing the Illinois pork industry. They have been instrumental in sharing progressive ideas, thoughts and resources. We know they will continue to be advocates for the pork industry.