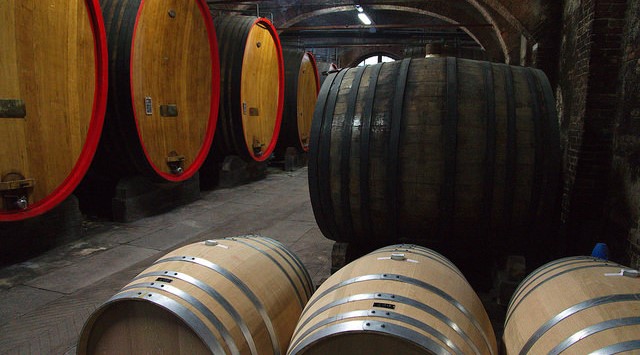 WASHINGTON — The taste of wine arises from a symphony of compounds that are assembled as yeast ferment the must from grapes. But much of what happens in this process remains obscure. Now a team of researchers from France, a country that is synonymous with good wine, has begun to unveil the outlines of how yeast manage nitrogen, an essential element that comprises about 16 percent of proteins, and four percent of all organic matter. The research is published January 23rd in Applied and Environmental Microbiology, a journal of the American Society for Microbiology.

“In natural and industrial environments, a complex mixture of ammonium and amino acids comprises the nitrogen resource that can be ingested and used by all micro-organisms,” said principal investigator Carole Camaraza, PhD, a Scientist at the Research Unit Sciences for Enology-Microbiology, INRA, Montpellier, France. “This strongly differs from lab conditions, where nitrogen is provided as a unique source, mainly as ammonium.”

“In this study, we investigated how yeasts manage and use the nitrogen available in an industrial environment–wine fermentation–to sustain their growth,” said Camaraza. This research is important because nitrogen can be a limiting factor in the synthesis of amino acids, the building blocks of proteins, and volatile compounds, which give wine its bouquet. The investigators found, unexpectedly, that instead of directly incorporating the nitrogen into proteins, the yeasts broke down the amino acids they consumed to create a pool of nitrogen within their cells, which they could then use as needed. Such a system is more flexible system for managing this critical resource, said Camaraza.

To track management and use of nitrogen, the researchers labeled certain nitrogen-containing compounds with either a carbon or a nitrogen isotope. Isotopes are unusual, often unstable versions of elements, which have different masses from the normal version of the element, due to extra protons in their nuclei.

The labeling made it possible for the researchers to track the nitrogen compounds through the yeast’s metabolic processes, and ultimately into the final proteins and volatile molecules. The conventional wisdom has been that during fermentation, amino acids are immediately incorporated into proteins being synthesized. The conventional wisdom was wrong. Instead, the research showed that they are broken down, and the nitrogen is stored in a pool of simpler nitrogen-containing compounds, especially ammonium and glutamic acid, until the yeast cell needs more amino acids to make protein.

“Our research will be useful to better control fermentation, and the sensory quality of wines,” said Camaraza.” In particular, she said, the knowledge will provide clues that could lead to engineering better efficiency of fermentation, and improved qualities of taste, smell, mouth feel, and appearance.

–American Society for Microbiology
via EurekAlert!