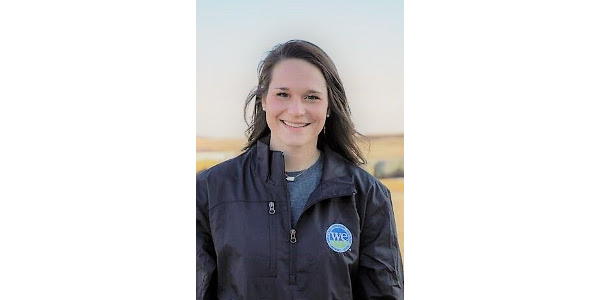 Additionally, she will coordinate the Iowa Pork Leadership Academy (IPLA) and serve as IPPA’s liaison to the Iowa Purebred Swine Council.

“Emma’s previous experience as a hog production territory manager for Smithfield put her in daily contact with producers. She joins the staff with a broad understanding of issues facing pork producers. We are excited to have her bring that experience as she reaches out to work with county organizations, members and perspective members for the Iowa Pork Producers Association,” says Pat McGonegle, IPPA chief executive officer.

Lasco, a Grayslake, Ill. native, graduated from Iowa State University with an animal science degree in 2016. She joined Smithfield upon graduation, and worked with contract producers in wean-to-finish operations in north central Iowa. She was in barns daily ensuring the health and proper care of pigs.

“This position of producer outreach director aligns with my passion for the swine industry,” Lasco says. “Through networking and learning from producers and allied industry members, we can work together on the continuous improvement that is a common thread for pig farmers. I am looking forward to this new endeavor and excited to serve Iowa’s producers.”
.
Before joining the IPPA staff, Lasco served on the IPPA Youth Committee, the Story County Pork Producers board of directors, and participated in IPLA.