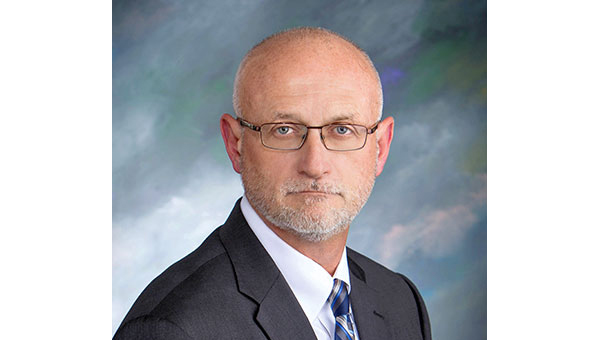 SALISBURY, Md. (AP) — When Perdue Farms named its new CEO earlier this month, a chicken company with a taste for innovation and taking risks embraced something different: stability.

When it comes to branding its own products, shifting away from using antibiotics, recycling residual manure and producing organically raised and processed chickens, the Salisbury-based company has been at the forefront of the poultry industry.

In Randy Day, Perdue didn’t reach across the country for a Silicon Valley dynamo or up to New York for a Wall Street number-cruncher. The company’s executives simply walked down the hall to the office of their chief operating officer, a man who had touched just about every one of its operations during his nearly 40 years with the company.

He was the safe choice. Or was he?

Day said he will be just as willing as Perdue has always been to bet on new technology, business acquisitions and following consumer demands wherever they may lead.

“When you move into this job, it gives you an appreciation for what people do and what you need to do to be successful,” he said in an interview with DelmarvaNow.

Take his stance on slower-growing chickens. In response to a rising chorus of consumers demanding breeds that don’t pack on so many pounds so quickly, Whole Foods told its suppliers last year to start making the switch. While the chicken industry’s trade group has criticized the idea as inefficient and wasteful, Day said it’s worth investigating.

“It’s something we’re absolutely studying,” he said, adding that the company’s research farms are examining existing “heritage” breeds to understand more about them.

But taking more time presents its challenges. Compared with the old days, broilers grow about twice as quickly in half the time. The reason chicken producers bred birds to grow faster — and healthier, he is quick to note — was to bring costs down for growers.

“When you go back in time, unfortunately the cost goes up,” Day said. “It’s up to us to find a solution that meets their needs.”

Day is just the fourth occupant of Perdue’s CEO chair in the company’s nearly 100-year history and the second with a surname other than “Perdue.” Donald Mabe, a longtime employee and executive, was the first, holding the title from 1988 to 1991.

Mabe was succeeded by Jim Perdue, the grandson of the company’s founder, Arthur, and son of the man who turned it into a household name, Frank. He stepped aside from his role as CEO to make way for Day, the agribusiness giant announced March 8. But Day continues to answer to Perdue, who still holds the official title of chairman and unofficial title of company brand spokesman.

“Randy has done an outstanding job as chief operating officer over the past year, and he has my trust and the trust of our leadership team in this new role,” Jim Perdue said in a statement. He added that Day “embraces and drives change and will provide the strategic leadership to make sure Perdue Farms remains innovative, relevant and trusted as we move into our next century.”

Day is taking over the day-to-day operations of the fourth-largest chicken producer in the country. The privately run company generates more than $6 billion in revenue a year and employs about 19,000 workers.

Growing up in Salisbury and then Easton, Day has been surrounded by the chicken industry his whole life. He earned a master’s degree in poultry nutrition from the University of Maryland at College Park and would go on to complete the advanced management program at Harvard Business School.

He started at Perdue in 1980 in the logistics department, overseeing the routing of deliveries. Through the years, he also would work in sales, quality assurance and research and development. In the early 1990s, he oversaw the company’s expansion into the international market.

His rise continued in recent years as he was named president of the foods division in 2015 and overall COO in 2016.

“I’ve been preparing for this for 37 years, so hopefully I’m ready,” Day said.

Despite his steps up the corporate ladder, he arguably isn’t the most famous member of his family — at least on Delmarva. His son, Jake, was voted onto the Salisbury City Council by a three-fourths majority in 2013, was immediately named council president by his peers and was elected unopposed as mayor two years later.

By all indications, the elder Day isn’t the kind to crave the spotlight. At a portrait shoot with a DelmarvaNow photographer for this report, he conceded to being somewhat uncomfortable about smiling for the camera. (He eventually obliged.)

The father and son don’t talk shop at family get-togethers, Randy Day said. But he added that he’s a Salisbury native and is always looking for opportunities to “pitch in if I can” on improving the community.

To that end, when the company went looking for new space for its corporate training center last summer, it settled on a 5,000-square-foot space inside the Main Place building in downtown Salisbury. Revitalizing the heart of the city has been one of Jake Day’s biggest objectives as mayor.

The facility is expected to open later this spring.

Back inside the boardroom, the company has shown a willingness to take risks on new ventures, particularly during the past decade. It has expanded into new markets primarily by acquiring potential competitors and leveraging their expertise and market resources.

One of its most significant additions was in 2011 with Coleman Natural Foods. Just like that, Perdue went from being nowhere on the organic chicken map to being the country’s largest producer. It also brought Perdue into the pork and beef business for the first time.

In 2015, the company bought Niman Ranch, bringing into its portfolio a major supplier of premium meats. Chicken may be its most iconic product, but Perdue profits stream in from several other ventures, including grain processing and storage, vegetable oils and its trucking division.

If it makes sense for shareholders, Day said, he sees merit in continuing to grow through acquisitions.

“We have a very open mind when it comes to those sort of things,” he said. “So, if opportunities come along, we’ll certainly take a look.”

The company has also been a leader in automation. At its processing plants, many of the dangerous cutting tasks that once fell to humans are now completed by sophisticated machines. Workers’ hands are only needed for the final, finishing cuts.

“We are always looking for new technology that will make jobs easier, especially focused on those repetitious jobs that can cause hand and arm issues,” Day said. “It makes us a better place to work, and more people want to work there.”

Perdue and other fully integrated chicken companies have come under fire in recent years, though, from critics who say their contracts with the farms that raise their chickens are unfair. The companies own everything that turns a profit while the growers are left with the things that cost money, such as their mortgages and the cost of utilities, they argue.

Last December, the outgoing Obama administration announced a slate of new draft regulations governing the relationship between growers and processors. Among other things, the new rules would make it easier for farmers to sue meat packers over unfair practices by no longer requiring them to prove that the practices in question harm the entire market.

The Trump administration has since stalled the rule.

“If they’re genuinely concerned, they should probably talk to a variety of family farmers, not just one loud voice,” the new CEO said. “It’s a meritocracy. The better you do, the better you get compensated. That’s really no different than for me or for you. You don’t get a participation trophy in the Super Bowl. Life is generally a competition.”

He is confident that the chicken industry will continue to weather economic ups and downs.

Some business leaders have expressed alarm at President Donald Trump’s rhetoric about placing tariffs on countries he sees as having an unfair advantage. Those countries could lash back by closing their borders to trade, they say.

In the meat industry, markets open and close, sometimes without warning, Day said. He pointed to the latest example: the four Asian countries, including Japan, that halted U.S. imports of poultry earlier this month after reports of an avian flu outbreak on a Tennessee farm that sells to Perdue’s competitor, Tyson Foods.

“Every year, some country closes its market to our product for some different reason,” Day said. “Honestly, I’m concerned about it whenever it happens, but I’m not over-concerned about rhetoric over a trade dispute right now. We’ll see how it plays out.”