Home / Florida / New NIFA-funded research to examine cover crops in organic vegetable production systems
A new user experience is coming! We'll be asking you to login to your Morning Ag Clips account March 1st to access these new features.
We can't wait to share them with you! Read more here. 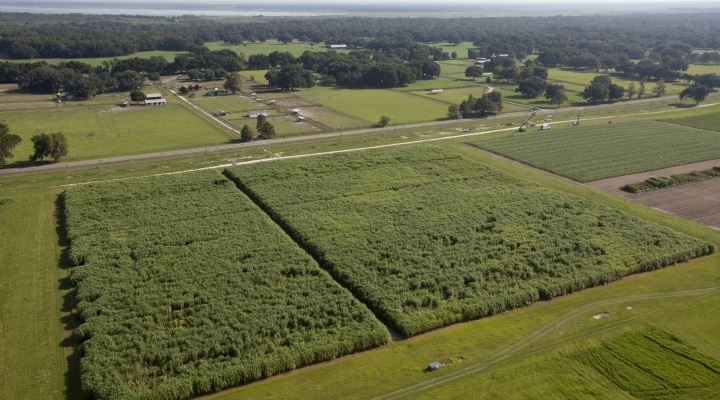 The U.S. Department of Agriculture’s National Institute of Food and Agriculture just announced funding for a project comprising an interdisciplinary team from the University of Florida. The three-year project, “Quantifying the nitrogen cycling benefits of different cover crops across different Florida organic vegetable production systems,” received a $496,271 grant as part of USDA-NIFA’s Organic Agriculture Research and Extension Initiative.(photo by UF/IFAS)

GAINESVILLE, Fla. — The U.S. Department of Agriculture’s National Institute of Food and Agriculture just announced funding for a project comprising an interdisciplinary team from the University of Florida. The three-year project, “Quantifying the nitrogen cycling benefits of different cover crops across different Florida organic vegetable production systems,” received a $496,271 grant as part of USDA-NIFA’s Organic Agriculture Research and Extension Initiative.

Principal investigator Gabriel Maltais-Landry, an assistant professor in the UF/IFAS soil and water sciences department, tells us more about the project and what it hopes to accomplish. 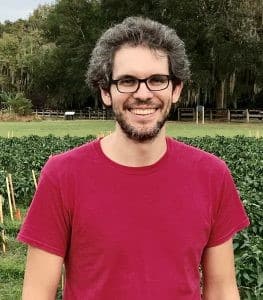 What is the idea behind this project?
One of the key practices used in sustainable agriculture is the use of cover crops that replace bare fallow periods when no crops would typically be grown. The objectives vary: originally meant to reduce soil erosion, cover crops are now also used to control weeds and other pests in addition to providing nutrient cycling benefits, which is my main interest.

Explain more about nutrient cycling.
Crops depend on essential nutrients to grow; one of these is nitrogen. In organic systems, it can be difficult to supply enough nitrogen to crops in an economically viable way because synthetic fertilizers are prohibited. Oftentimes, legume cover crops can help, as they fix nitrogen from the atmosphere. If we can retain that nitrogen within a system and transfer it to a cash crop, that could reduce the need for inputs, whether that’s fertilizers, amendments, etc., and their associated costs.
Nitrogen can also affect natural ecosystems, as excessive nitrogen can have adverse environmental consequences on our springs and other aquatic systems.

Describe the study design.
This project is specifically focused on vegetables, which we grow here in Florida in the fall, winter and spring. Our cover crops, then, grow during the hottest and wettest part of the year, which is different from most other U.S. systems when cover crops are grown during cooler months.

We’re going to use three cash crops for this study, which are representative of important vegetable types grown in the state: bok choy is a Brassicaceae or cole crop, cucumber is cucurbit, and bell pepper is a Solanaceae. They also have different nitrogen demand and different growth forms. The plantings will all be done at a certified organic field [at the UF/IFAS Plant Science Research and Education Unit] in Citra.

Sunn hemp, a legume, will be our main cover crop, which is an interesting one because farmers like to use it for its nematicide properties – it reduces nematodes in the soil. Grasses are another common type of cover crop, but grasses don’t break down as quickly as legumes and some are even known to tie up nitrogen during their slow decomposition. So, we’ll be looking at Sunn hemp grown alone or in combination with other cover crops to see if mixtures could extend the duration of nitrogen release during cover crop decomposition. We’ll be looking into how much of that nitrogen actually goes to the next crop.

It’s not just about the nitrogen and cover crops, though. We’ll also compare nutrient management approaches: one that’s based on composted manure because that’s often what farmers rely on primarily, just for the sake of cost; as well as a more integrated approach that uses different fertility sources.

Who is joining you in this research and what are their roles?
Chris Wilson (assistant professor of agronomy) will provide expertise in the quantification of nitrogen fixation and nitrogen transfer to subsequent crops. Microbes are an important driver of nitrogen cycling, so Sarah Strauss (assistant professor of soil microbiology at the UF/IFAS Southwest Florida Research and Education Center in Immokalee) is going to look at the microbial communities and how they affect nitrogen cycling. Zane Grabau (assistant professor of nematology) will measure the nematode communities, looking at their ecology beyond plant-parasitic nematodes. Xin Zhao (professor of horticultural sciences) is well-versed in organic systems and will evaluate the quality of the cash crops, including potential trade-offs between increasing yield and increasing the nutritive value of these food crops.

Why is this research important?
The overall goal of this project is to optimize the management of cover crops in these organic vegetable systems. We hope to provide fertility to the crop and to the soil, without oversupplying nitrogen, which can become an environmental hazard. We also want to be sure that by optimizing the system for nitrogen, we minimize negative trade-offs with other properties, whether that’s crop quality, nematode pressure, or soil health.